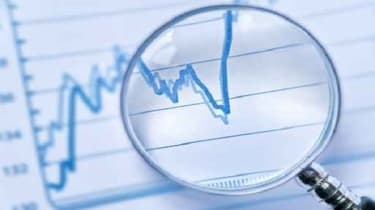 This is something Wintel-based vendors find hard to do. It is something that HP could perhaps have done with Palm, but the company lacked the marketing lan (and perhaps the patience) to.

As Quocirca analyst Rob Bamforth put it, "HP dumped Palm when all the smart money was going mobile."

And, attractive though Apple's devices are, it is the software that really appeals. There are plenty of devices out there that look like MacBook Airs or iPads. But, without the software, they are just not the same.

Up the stackThis is a problem for HP that extends all the way up the stack. The bare bones of its personal computing business depends largely on the capabilities of Intel (and to an extent, AMD), and Microsoft. HP might design a decent Windows 8 laptop or tablet, but so could plenty of competitors. Whether those devices sell well will come down to how well Microsoft does its job, not HP.

HP can only do so much to influence how well technologies from, say, SAP or Oracle run on its hardware, or how well Microsoft, VMware or Red Hat's operating systems and virtual machines run on its kit.

HP has done a good job of improving the tools it has to manage IT infrastructure, through its purchase of companies such as Mercury Interactive. But it has, so far, struggled to integrate Autonomy.

Its ventures into areas such as security and storage management, whilst laudable enough, still lack the punch of specialists such as Symantec or EMC.

One reason HP hired Leo Apotheker was for his software expertise he was a long-standing SAP executive and Meg Whitman has set a target for HP's software division of $15bn (9bn) in revenues.

But as a company associated primarily with hardware, and one without a set of core application products, many CIOs will continue to see HP software as useful, rather than essential.

And, if the rumours that HP swamped Autonomy with bureaucracy contain even a grain of truth, it does not bode well for future software acquisitions.