Windows 7 users spend a fifth of the money XP fans do on PC support, study claims. 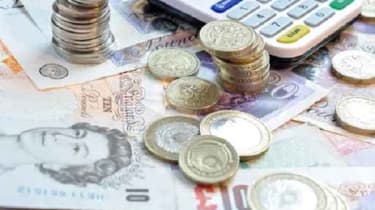 This is one of several conclusions published in a Microsoft commissioned white paper called, Mitigating Risk:Why Sticking with Windows XP is a Bad Idea.

Most new PCs have features that were nonexistent or immature when service pack enhancements for Windows XP were discontinued.

The report was carried out by market watcher IDC, and features responses from nine companies with an average of 3,680 employees who use a mix of Windows XP and Windows 7 devices.

Five year old computers running Windows XP cost companies around $324 (206) in lost productivity and $766 (487) in IT labour costs each year, the study added.

"These higher costs were caused by a variety of problems, not all directly attributable to the operating system, but common in older solutions that required IT labour and help desk support activities," stated the report.

The IDC report also highlights features, such as Bluetooth connectivity, faster USB ports and high-resolution monitors, that Windows XP users miss out on by sticking with the decade old operating system.

"Most new PCs have features that were nonexistent or immature when service pack enhancements for Windows XP were discontinued," it said.

"Many of these capabilities are either poorly or not supported by Windows XP Professional."

Support for Windows XP will end in April 2014 and, as of the end of 2011, the product was still the operating system of choice for 42 per cent of commercial Windows users.

The white paper states that, if the current rate of Windows 7 adoption continues, this figure should fall to 11 per cent by the time support for XP ends.

"The termination of extended support for Windows XP SP3 is a firm, impactful deadline that should be a real wake-up call for organisations of all sizes," the report concluded.

"Customers know End of Life doesn't mean the software will stop or that they will get any more problems than usual," said Trish.

"For many, there is no reason to upgrade. If it works, why change?"

Windows 7 ends: what do you do next?