Symantec has carried out a radical overhaul of its long-standing management console. Dave Mitchell investigates this refresh to find out if it is a wise move or one which will alienate existing users. 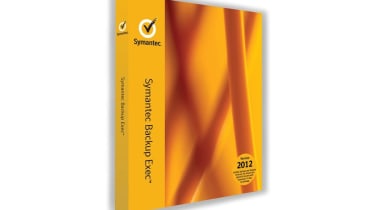 Symantec already commands a respectable share of the Windows backup software market so the decision to redesign the management console on Backup Exec 2012 (BE2012) is a risky one.

The tried and trusted management interface we've known for years has been replaced with a console which aims to simplify the entire backup process.

Previous versions of Backup Exec focused on the creation of individual backup jobs where you decided on a strategy, applied it to selected systems, tweaked a few settings and choose the backup media. We found this worked well. But the largest backup strategies required complex multiple jobs to be created from scratch.

BE2012 blurs the distinction between physical and virtual servers, taking a resource-centric approach which concentrates less on the job and on what is to be protected. The aims is to accelerate the creation of protection plans by reducing the number of steps required. This makes it easier to include multiple backup stages using different types of media. 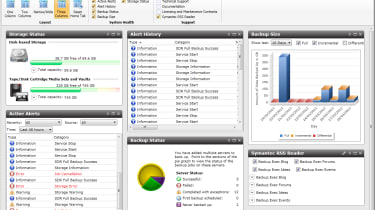 Over the years we've reviewed many versions of Backup Exec and its management interface has been the one consistent feature, so BE2012 immediately presented us with a short but steep learning curve.

Installation is simple, as always. However, we did find the new interface to be daunting during early interactions.

The console opens with a home page showing a complete overview of backup operations with details on media capacities along with a useful traffic light system for job status. Prior to job creation you must deploy remote agents and define backup storage locations and these processes have been simplified.

We had no problems pulling in our Windows Server 2008 R2 systems including those running the Hyper-V role. We also declared backup-to-disk targets along with an HP StoreOnce deduplicating appliance providing NAS and VTL media.

The fun starts with job creation as you go to the Backup and Restore tab and view all systems which have the relevant agents installed. Instead of creating a job, you highlight a system, hit the Backup toolbar button and browse through the available backup types from the drop-down menu.

The choices offered are based on the licensed options and available backup media. If you have disk and tape configured then you can select a backup job to use either or both. The network storage section now includes support for cloud backup providers and these options will appear for selection in the drop-down menu as well.

BE2012 also offers data deduplication but, unlike CA's ARCserve r16 which includes it for free, this is an optional extra. Once licensed, deduplication appears as another choice as a backup destination. This hasn't changed from its introduction in Backup Exec 2010. 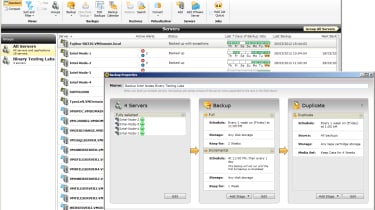