The 4in Android device features a 1.6GHz processor, 8-megapixel camera and 16GB of storage. 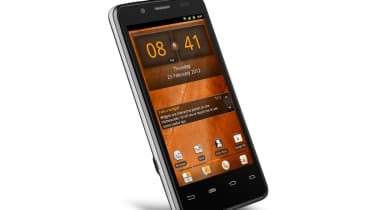 Intel will launch its first UK smartphone in conjunction with Orange on the 6 June, as the chip-maker aims to break into the mobile device market dominated by ARM-based chips.

The Orange San Diego is based on the Intel reference design, which was debuted at CES in January. Orange has made some minor tweaks to it, but has retained the specifications.

Our single-core Atom processor is capable of out-performing many dual-core devices on the market.

The San Diego will ship with a 4.03in display with a 1024 x 600 resolution. This will be powered by an 1.6GHz Intel Atom Z2460 processor. There will be 16GB of storage, an 8-megapixel camera with HD recording capabilities, HDMI output and NFC connectivity. A quick run of the Geekbench app measured 877MB of available RAM, but the benchmark did not run on the this device. 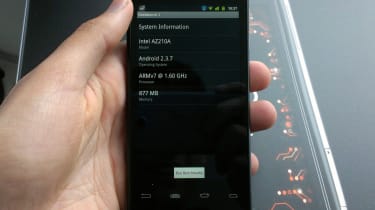 Battery life is also being touted as a strength - a feature Intel will need to nail if it is to be successful in this market. The firm is confident of providing all day usage, but it remains to be seen whether it can compete with the efficiency of ARM-based chips.

Despite the hardware looking promising, the device will launch with the dated Android 2.3 Gingerbread OS. However, Graham Palmer, country manager for Intel told IT Pro an Ice Cream Sandwich update will be pushed out in October.

The release of the handset represents the first step Intel is taking to gain ground in the mobile market. Palmer said this is a long-term project and he is confident Intel will be able to provide high-end performance.

"Intel is working with operators and manufacturers to develop devices that perform. There will be more devices launching later this year, but it will be up to manufacturers [such as Motorola] as to which countries they will be made available," Palmer continued.

"Not all cores are equal, and we believe that our [single-core] Atom processor is capable of out-performing many dual-core devices on the market."

The handset will go on sale on 6 June, at a mid-range price point. Orange will offer the device for 199.99 for Pay as You Go customers, if they top up 10. They will also get 250MB of mobile data per month for 12 months at no extra cost.

Contract user will get the handset for free on a 24-month agreement starting from 15.50 a month. This promotion will be reviewed at the end of July and the base contract price may increase. The base tariff will include 50 any network call minutes, 50 texts, as well as 100MB of mobile data a month.