Inside The Enterprise: Magnetic tape is 60 this year, but has the cloud put it in retirement already? 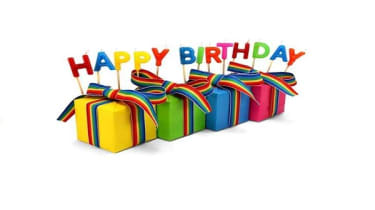 No-one is going to put up bunting or hold a street party to celebrate, but magnetic tape is 60 years old.

The first commercial magnetic computer tape arrived on the market in 1952; before then the main form of computer storage was the punch card.

Tape provided a massive boost for the then-nascent computer industry: the IBM 726 tape drive could store two million digits. It was not until 1956 that the industry saw its first magnetic hard drive.

Companies such as Quantum and StorageTek developed systems that could use dozens of tapes to back up gigabytes of data automatically. Smaller businesses used and many still do tape as their main form of off-site data backup.

Over the years, tape became a mainstay product for business continuity practitioners, as well as archivists. As storage analyst Claus Egge put it, "up until the 60s and 70s, the magnetic tape was much more cost effective than HDDs. The actual drives were expensive, but the tapes were not and business would accumulate large vaults of tape reels".

The portability of tapes also ensured their longevity. Tapes are quite easy to move off site; hard drives, especially enterprise hard drives, are less so. Whole industries developed for moving and storing backup and archive tapes off site.

Over the last few years, the disadvantages of tape storage have grown more apparent. They are slow: tape relies on a mechanical transport system, and data has to be laid down in a linear manner.

Reliability has improved remarkably over the last 60 years, but the task of moving a thin, magnetised strip over a recording head is prone to error.

Restoring data from tape can be unreliable, tapes' portability means people lose them, and above all, there is the capacity issue.

In environments where businesses have terabytes or petabytes of data, disk storage is a more practical option, especially if fast data access is a requirement. Meanwhile, hard drive prices continue to fall.

The greatest threat to tape could be the cloud. If you back up data on tapes so you can store it offsite, then cloud storage assuming you have enough bandwidth should offer greater redundancy, more reliability, and more convenience.

Certainly, restoring a single lost file from a cloud backup service is a lot easier than restoring from tape.

But still, IT professionals like data storage they can see and touch. "Cloud providers are persuading more customers to store data in the cloud. But many IT professionals prefer their disaster backup tier of ultimate last resort to be based on tape," says Egge.

And, of course, cloud providers' often use tape as their lowest tier of storage. Tape is dead. Long live the tape?