Data scientists were lauded at last month's EMC World for the work they do with big data. Caroline Donnelly finds out if this is a talent pool IT departments are investing in. 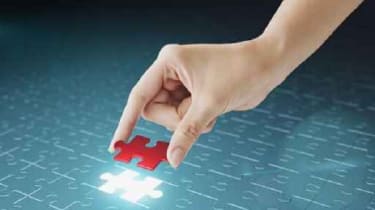 The storage giant has already started work on bolstering the number of data scientists within the worldwide IT workforce, added Elias.

EMC's service division has developed an academic programme, in partnership with 800 colleges and universities across the globe, to teach students about cloud, storage and big data technologies, he explained.

As part of this, EMC has launched a data scientist programme and at least 1,000 people have already signed up to it. "We expect the first class of data scientists to graduate this year," added Elias.

Speaking to IT Pro Clive Longbottom, service director at IT market watcher Quocirca, said the content of EMC's data scientist courses would need to be carefully considered, to turn out the high calibre of graduates the industry needs.

"A data scientist needs to be like any other scientist and, therefore, have the ability to understand the interplay between different data sources and be capable of explaining what they have done in order to maximise the value that can be obtained," he explained.

While EMC is touting the benefits of these courses to end users and partners, Longbottom said schemes like this are often used by vendors to increase adoption of their technology.

"These initiatives are rarely embarked on for purely philanthropic reasons," said Longbottom. "If students get used to using certain tools, they are more likely to ask to use them in their post-university jobs, so it's also a good marketing tool for a lot of vendors."

That being said, anything vendors can do to ramp up the number of data scientists in the IT jobs market will be warmly welcomed by enterprise HR departments, claimed Mark Dunleavy, managing director of data integration software vendor Informatica.

"There is a skills crisis intensifying in the data industry and pressure is mounting on HR departments to fill data scientist roles, as the world becomes more technologically and analytically focused," he explained.

"With [the hype around] big data, people think, I could make sense out of my data, so I should probably keep hold of more and more of it,'" he said.

End users are also retaining data for longer periods, and in higher resolutions than ever before, he added, which all needs to be sifted through and made sense of.

"We're also hearing a lot about Hadoop being harder than people expected to manage, because it often creates another three or four copies of the data [it is analysing]," said Powell.

When it comes to finding suitable candidates, people with skills in maths, statistics and analytics are important, said Informatica's Dunleavy. However, a good data scientist will also need a background in engineering and writing, too.