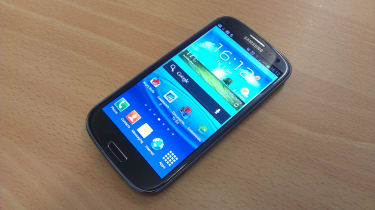 4. 50GB of Dropbox and expansion

Most high-end smartphones on the market, such as the iPhone 4S and HTC One X, offer some form of cloud-based storage. With the iPhone 4S Apple offers 5GB of storage with its iCloud and HTC offers 25GB of Dropbox space for two years with its One range of devices.

However, Samsung has trumped them both by offering a mammoth 50GB of storage space for two years. Although business users are unlikely to want to store confidential information in their Dropbox account, it is an invaluable resource for saving documents, pictures, videos and music.

Not only does Samsung top its rival when it comes to cloud-based storage, the S3 is the most expandable high-end device on the market.

Samsung allows users to remove the back cover to gain access to the battery and add in a micro-SD card of up to 64GB in size. This essentially turns the device into a sizeable hard disk and is great for business users as they can invest in a spare battery.

The S3 is the quickest and most responsive smartphone we've tested. Samsung has manufactured its own Exynos 1.4GHz quad-core processor using a 32nm process to improve efficiency. The firm has also added in 1GB of RAM.

Opening and switching between apps is lag free. The device also comes with a Pop up play feature, which allows users to carry on watching a video and use other applications such as messages. This is an excellent feature and allows PC-like multitasking as opposed to just "app switching". 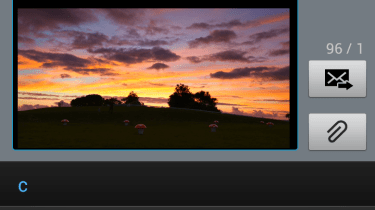 The high performance of the S3 is backed up by benchmarking. Using the Geekbench app, which measures devices based on processor speed and memory, the S3 scored an average of 1387. This is considerably higher than the HTC One X (709) and over double the 626 for the iPhone 4S.