Oracle in the clouds

Inside the enterprise: Big guns taking the cloud seriously is good for larger businesses. 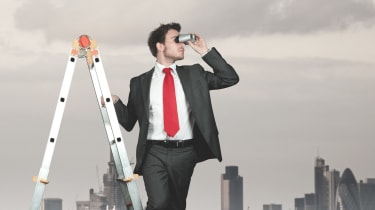 Oracle chief, Larry Ellison, is never shy about speaking his mind. And, as the head of the database and enterprises applications company, he has been one of the leading sceptics when it comes to cloud computing.

In the past Ellison has with some justification dismissed cloud as a new way of selling old technology. At a 2008 Oracle event, he described cloud as "complete gibberish".

The firm was happy to run hosted applications, or allow others (including NetSuite and Salesforce.com) to run cloud software based on Oracle technology, but cloud was not high on the company's list of priorities.

But, in a U-turn worthy of a government dropping a tax on warm pasties, Oracle has announced that it is moving into cloud in a big way.

According to Oracle's own figures, the company already has around $US1 billion (650 million) in revenues from software-as-a-service. The company plans to put more than 100 applications into the cloud, ranging from social media analytics to enterprise resource planning (ERP) and human resources management systems.

Oracle will also offer databases in the cloud, and private and managed cloud options for companies that want more control than public clouds offer.

Critically, businesses will be able to run their applications on private instances of the Oracle database, rather than using a shared, multi-tenant database model. Removing any chance of data intermingling between different users addresses one of the enduring security concerns about cloud.

But Oracle's statement of intent around the cloud goes beyond its list of applications and technical features.

"Oracle does have the widest and deepest portfolio of cloud enabled apps," said Ray Wang, principal analyst at Constellation Research. "But it's good to see a shift in thinking from cloud being a fad to Oracle embracing the cloud."

And it is certainly the case that the large enterprise software vendors, including Oracle, SAP and to some extent Microsoft, have struggled with the cloud, leaving the market mostly in the hands of the large system vendors, integrators and specialist cloud companies.

Concerns about cannibalising on-premise revenues have deterred the big software firms from really pushing cloud technologies. Or, as SAP did with Business ByDesign, they have struggled to create a separate cloud platform with their technology.

If Oracle can follow through on its cloud vision and deliver both the applications, and the inter-app integration it promises, it will give a significant boost to enterprises wanting to control IT costs and more flexible delivery models for core software technologies. With Oracle in the cloud, CIOs have more choice.

Ellison, for all his bluster, is also a realist. Businesses are increasingly using tablets and other mobile devices for day-to-day computing. Moving applications to the cloud could also be a way to revive another area of Oracle's business that has been in the slow lane: mobile computing. Again, if it works, it will be a win for the enterprise.