Should you be a strategic or operational CIO?

The decision is yours, argues Mark Samuels. Just make sure you make the right choice... 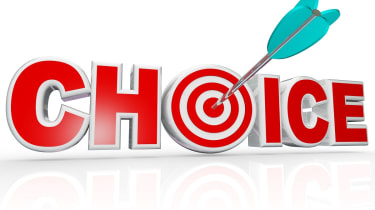 The CIO's career is far from over. Rather than representing an executive cul-de-sac, smart IT leaders are helping organisations embrace business change in the digital age.

The continued transformation leads experts to assert that forward-thinking CIOs must assume a strategic position and eschew the operational role traditionally associated to the IT director. Consultant PWC reports CIOs increasingly hear demands from chief executives to be "more strategic" and to add value through the adoption of innovative technology, like smart mobile devices and social networking tools.

Pushing technical boundaries to aid business growth is nice in theory. But can CIOs afford to ignore operational concerns in practice, especially when IT is at the core of the modern organisation? Does the CIO really have to choose between being a strategic or operational executive?

Peter Bole, CIO at Kent County Council, says that the future role of the CIO has to be about change and the ability to show an organisation how innovative technology can create benefits for internal and external users."That part of the role is really exciting," he says.

Bole says the day job for most CIOs is often still operationally focused and centred on keeping the lights on. But, in terms of looking forward, the IT leadership role has to be about change. "The definition of doing well' for many CIOs, particularly in the public sector, is still all about operating at lower cost. Yet the long-term strategic aim of the CIO has to be to create an IT strategy for the organisation that is digital by default," says Bole.

Creating that strategy will be no easy task. CIOs are facing increased demands from employees for enterprise access to individually purchasedconsumer devices, while at the same time facing limited access to internal technology resources. Worldwide IT spending continues to grow modestly, with analyst firm Gartner reporting spending on enterprise software is expected to grow by five per cent, computing hardware by 4.3 per cent, and IT services by 1.3 per cent throughout 2012.

CIOs must act as canny executives, ensuring worker demands for access to sexy technology are assessed against business demands for information security and organisational efficiency. It is the significance of this interplay of demands that leads Wellcome Trust head of IT Mark Bramwell to suggest that modern technology leaders definitely do not have to choose between being a strategic or operational executive.

He says a modern CIO cannot afford to lose visibility of the day job, which is about providing day-to-day, always on and always available IT services to the business. "No availability means no credibility," says Bramwell.

"The CIO's invitation to influence business decisions and add value to the organisation is based on a foundation of service availability and operational reliability. In my opinion, it is not a choice, it is a given that leading edge CIOs must equally balance the daily needs and operations of the business with strategic activities and the thought leadership that sets the direction for enterprise IT."

Bramwell provides an illustration and says CIOs who focus solely on IT operations become stale and reactive. Business needs are left unrecognised and opportunities for change are lost in favour of simply keeping the lights on and maintaining the status quo.

The converse, however, is also true. Bramwell says CIOs who focus solely on strategy can become complacent. A single focus on forward-thinking business ideas can mean best practice disciplines in crucial operational IT areas, such as capacity management, change control and supplier performance, can become lost or forgotten.

Outsourcing operational tasks to a trusted partner, warns Bramwell, also does not dissolve a CIO from non-strategic responsibilities and accountabilities. The effective IT leader, then, will keep one eye on the present and another on the future.

Mike Roberts, IT director at Warwick University, is another CIO who says the technology leadership role has become a management balance between on-going operational concerns and strategic business concerns. "I would, personally, be uncomfortable about not understanding operations," he says.

"You don't have to be a coder but you do need to be able to call on the expertise of the IT function, to understand their specialist skills and to be able to translate technology in terms the business can understand." One thing is certain, concentrating on day-to-day systems and applications challenges will not be enough.

"It's not sufficient for a CIO to be operationally good," says Roberts. "If you only do that, you will be viewed by the business as someone who simply manages technology. And IT is too important to the modern business to allow that to happen."

The crucial role of technology leads Roberts to conclude that technology professionals cannot afford to sit in the back office. Modern IT leaders must engage across the business, communicating in a form that other executives can understand.

"The rest of the organisation wants people that can talk about technology in terms of service quality and business improvement," says Roberts. "Senior executives don't want a consultant that only talks about theory. You need to be credible in delivery, too."

City of London CIO Bill Limond also identifies the importance of a focus on delivery. He says the huge amount of choice associated to technology in the digital era means CIOs need to give the business the right kind of pointers, both with regards to the technologies that employees use and the knowledge that executives use to make crucial decisions.

Limond says CIOs must ensure information assets are governed. Whether an IT leader manages technology in-house or buys services externally, CIOshave to make sure there is a cultural fit between IT and the rest of the business.

"As long as you focus on supporting business intelligence, and its associated processes, you can think about systems and the technology used to support organisational decision-making," says Limond.