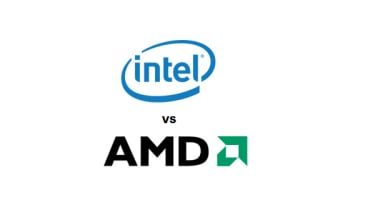 The decline of desktop PCs and the emergence of laptops and tablets has led to Intel and AMD serving up chipsets geared towards mobile devices. With portable devices such as laptops and tablets being deployed in business environments, IT managers and employees have more choice than ever and buying device decisions are increasingly difficult.

IT Pro puts the latest offerings from Intel and AMD head-to-head to see which chipset is worth investing in.

Both Ivy Bridge and Trinity are incremental upgrades. Ivy Bridge is the successor to Intel's Sandy Bridge architecture and is a "tick" upgrade in the firm's cycle. AMD's Trinity is also a tweaked version of last year's Llano and Brazos.

Architecturally, AMD's Trinity chips are more innovative out of the two. Rather than wheeling out a traditional processor, AMD's chips use a format the firm has been working on since its acquisition of graphics firm ATI back in 2005: the Accelerated Processing Unit or APU.

The idea is to strap a full-fat graphics processing unit to a proper processor. Intel has done this for a while, attaching its integrated graphics cores to its processors, but these units have been capable of handling little more than Windows applications and are not ideal for those working with graphic intensive programs. 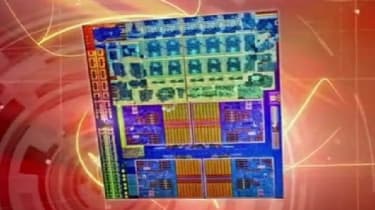 AMD is packaging full-scale Radeon graphics cores inside its chips or more precisely Radeon HD 7000-series graphics chips with a maximum of 384 stream processors. The chips inside APUs can hook up with discrete cards in Hybrid Crossfire mode, and they all support DirectX 11 and Shader Model 5 - the same standards supported by top-end discrete cards.

This combination finds a balance between processing and graphical power, and Trinity ups the ante when compared to older AMD APUs.

Trinity chips have 1.3 billion transistors in place - almost two million more than the older chips - and there's support for faster 1,600MHz memory. The chips can now be dual or quad core, and Trinity parts come with TDPs of either 17W, 25W or 35W, which makes AMD's roster of parts ideal for use in everything from low-power business ultraportables to more powerful workstation machines.