We take a look at the most exciting features Apple is going to bring to iOS 6 and OS X Mountain Lion, including updates to Siri, MacBook Pro with Retina display and an all-new mapping feature. 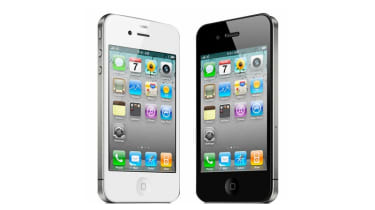 Apple announced a refresh of its MacBook range during its annual Worldwide Developers' Conference last night, and provided an insight into the software upgrades it is set to release over the coming months.

The iPhone maker teased the launch of an iPhone 5, showing off features which will ship with iOS 6 this autumn. The firm also gave an insight into what will be included in Mac OS X Mountain Lion when it is released in July. We run through the top 10 features to look out for.

Users can only make FaceTime video calls between Apple devices over Wi-Fi at present. This will be extended to 3G, making it possible to initiate a FaceTime chat on the move via an iPhone or iPad.

Although this is a welcome addition, it remains to be seen if this will increase adoption of video calling as there are still issues. Video quality is likely to be poor in the UK, as high-speed 4G networks are yet to be put in place. With many users also having a limited data allowance of between 500MB and 1GB, FaceTime could chew through these allowances quickly.

Facebook contact information and invitations will be synchronised with Contacts. Users will be able to post photos directly to Facebook from the Camera or Photos app. It will also be possible to check-in from Maps or post a status update using Siri.

To encourage interaction across its ecosystem, Apple has also added the Facebook Like button to iTunes and the App Store, so users will be able to recommend songs, TV shows, movies and apps they take a fancy to. 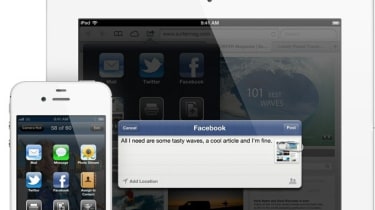 The next iteration of Mac OS X dubbed Mountain Lion - is set to debut in July as Apple continues on its mission to unify the mobile and desktop experience. The firm will port over a Notification Centre and iMessage features from iOS platform to Macs.

Much like its mobile counterpart, the Notification Center will alert a user when there is an incoming email, message, software update or calendar alert. Notifications will initially appear and then disappear after alerting the user. To see a list notifications, users can swipe to the left from the right edge of the trackpad at any time.

The firm's Messages feature will also be usable across Macs - allowing users to send encrypted messages, pictures or documents from their MacBook to any other iOS device or visa-versa.