ICANN reveals .app is the most applied for top level domain name

Amazon and Google set to battle it out for 20 domain names including .app, .search, .store and .talk. 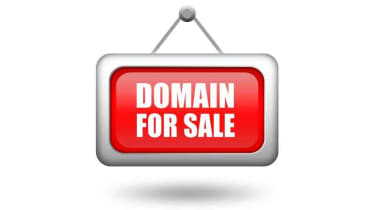 The Internet Corporation for Assigned Names and Numbers (ICANN) has revealed that the most sought after generic top level domain (gTLD) name is .app, with 13 companies vying to secure it.

Rod Beckstrom, president and CEO of ICANN boldly stated that the unveiling of forthcoming domain names was a "historic day for the internet".

"The expansion of the internet and the opportunity and services it provides are what ICAAN is about it fosters innovation and consumer choice."

During the announcement, ICANN revealed that there were 230 suffixes with more than one application. Some meaty battles are lined up between Amazon and Google. Both have applied for numerous domains including .app, .buy, .cloud, .drive, .search .show, .store, .talk and .wow. Google will also be going toe-to-toe with Microsoft for the rights to use .docs.

Suffixes such as .cloud and .tech were also popular amongst the technology community, with seven and six applications respectively.

With the applications phase over, the evaluation period is now set to begin. No domains have been approved and all applications are still subject to independent scrutiny.

Kurt Pritz SVP of ICANN said that there is a 60 day period for anyone to submit their comment on a particular application. There will also be a seven month objection period.

In the case of multiple applications firms will have the chance to resolve the matter between themselves, with auctions held as a last resort unless the domain is of a geographical nature. An auction is the most likely outcome for high-profile strings such as .app and .docs.

Despite this being a pivotal moment in the history of the internet, there are also concerns about the geographic distribution of strings. Out of the 1930 applications, 911 were from the US, 675 European, 303 from Asia Pacific, but just 24 from Latin America and 17 from Africa.

The process of applying for a generic top level domains (gTLDs) required firms to complete a 349-page form and pay an initial application cost of $185,000. With such a high threshold, this could lead to the privatisation of the internet as only businesses with vast funds will be able to apply for and secure strings.

Charlie Abrahams, VP of EMEA for brand protection at MarkMonitor, told IT Pro that firms will have to evaluate domain names to ensure their brand is not adversely affected.

"The real work for brand owners starts now as they need to rigorously review the applications that contend with their marks, and put in place brand protection strategies," he said.

"Defensive registration will also be a key issue and one gTLD mentioned during the conference was .sucks. It is possible that if brand owners don't register their name under .sucks, then someone else could and they would then have little recourse."

Barring any hiccups we can expect to see the first gTLDs to go live in the first half of 2013.