New Apple laptops will be "virtually impossible" to repair, it has been claimed. 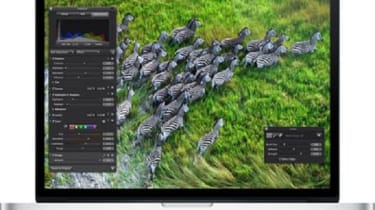 The new Apple MacBook Pro laptops that were announced this week will have almost no user serviceable parts and cannot be upgraded, claims repair firm iFixit.

The consumer electronics giant announced the launch of two MacBooks - the MacBook Pro and MacBook Air - this week, which boast iPad-style retina displays.

The starting price for the Pro version is 1799, while the Air model will set consumers back at least 850.

Apple has packed all the things we hate into one beautiful little package.

"Apple has packed all the things we hate into one beautiful little package," said Wiens in a blog post.

Instead of normal screws, Apple has used pentalobe ones on the back cover, which require a special tool to remove, he stated.

In the case of the MacBook Air, the memory is soldered onto the logic board.

This means that buyers will not be able to upgrade the product and bolster the amount of available RAM, warned Wiens.

To make the new MacBook Pro almost as thin as the Air, Apple has ditched traditional hard drives in favour of SSDs.

However, the SSD isn't upgradable either, added Wiens. "It is a separate daughtercard, and we're hopeful we can offer an upgrade in the near future," he said.

The device's lithium-polymer battery is glued, rather than screwed, into the case, which "increases the chances that it'll break during disassembly.

"The battery also covers the trackpad cable, which tremendously increases the chance that a user will shear the cable in the battery removal process," he said.

The display assembly is fused completely, according to Wiens. He said there's no glass protecting it. "If anything ever fails inside the display, you will need to replace the entire (extremely expensive) assembly."

He said this was the first MacBook Pro "that will be unable to adapt to future advances in memory and storage technology."

Despite the lack of upgradability, Apple fans appear to be undaunted by either the price of the new machine or its lack of reparability. On the Apple website, shipping dates have already slipped from "2-3 weeks" to "3-4 weeks".