IDG tips Google's OS for success, while IDC claims iOS devices will continue to dominate the market for a long time to come. 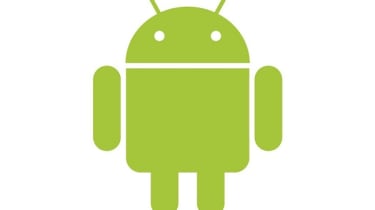 The popularity of Android tablets in the enterprise is set to soar, as sales outstrip those of the iPad, according to a new report.

In a worldwide survey involving 3,124 IT-business decision makers, it was found that 44 per cent of first time buyers would opt for an Android tablet, while 27 per cent would choose an Apple iPad.

The research is bad news for Microsoft, with only three per cent of those polled looking for a Window 8 tablet.

The poll, conducted by research organisation IDG Connect, found that 71 per cent of respondents already owned a tablet, with just over half (51 per cent) possessing an iPad.

Among prospective buyers, preference for Android is lowest in North America (30 per cent) and Australia/New Zealand (35 per cent), but highest in Africa (44 per cent).

The exception to this developed and developing world split occurs in Europe, where only 23 per cent of non-owners plan to purchase an iPad, compared with 49 per cent who will buy an Android tablet.

Kathryn Cave, one of the report's authors, said the rise in tablet usage is "set to have a fundamental impact on IT and business over the next few years.

"These findings signify changes in work mobile consumption and market leadership in the tablet arena. They also have implications for business in emerging regions, IT security and marketers worldwide," she added.

Meanwhile, in a separate report by IDG Connect's sister company IDC, it was reported that iPad sales are increasing.

It predicts that tablet shipments will hit 222.1 million units by 2016.

In addition to increasing the unit totals for 2012, IDC also updated its forecast to shift a larger percentage of future units toward iOS and away from Android.

"The addition of the Retina Display and 4G capabilities to the third-generation products clearly enticed many current owners to upgrade. And Apple's decision to keep [the] iPad 2 in the market seems to be paying off as well.

If Apple launches a sub-$300, 7-inch product into the market later this year as rumoured, we expect the company's grip on this market to become even stronger," he added.