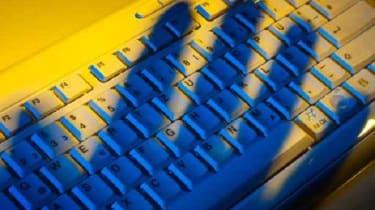 A computer hacker who claimed to have acquired at least 50GB of customer information from credit card companies Visa and Mastercard has apparently backtracked over the source of the data.

As reported by IT Pro, a list of contact details for several hundred people from the US, UK and Austrailia were published on text-sharing website Pastebin yesterday by a computer hacker called Reckz0r.

In a series of posts on social networking site Twitter, he said the data belonged to Mastercard and Visa customers, an allegation both firms declined to confirm yesterday.

No credit card or account numbers were included in the data dump, but the hacker hinted that more information could be leaked in due course.

"I just leaked half [the] data of Visa and Mastercard," he tweeted. "The full one is about 50GB or bigger."

Since then, Reckz0r appears to have backtracked over the source of the data, tweeting that it was not acquired by hacking into Visa and Mastercard's systems after all.

"I hacked the banks," he tweeted. "I penetrated over 79 large banks, [and] I've been targeting these banks [for] 3 months."

At the time of writing, he had not revealed any details about the identity or location of the banks he claims to have hacked.

It is also unclear if the list of contact details released yesterday is legitimate and, if so, if they relate to bank employees or customers.

The tweets were backed up by a statement to IT Pro from Visa Europe this morning where the firm said it had found no evidence that its systems had been hacked.

"Following reports yesterday from a hacker claiming that he had breached Visa and MasterCard's systems, Visa and Visa Europe security teams quickly investigated and confirmed that there was no breach of our systems," said the statement.

"Please be assured that this claim was false and the hacker later corrected his claim on Twitter," it added.