Jimmy Wales calls for halt to TVShack founder's US extradition 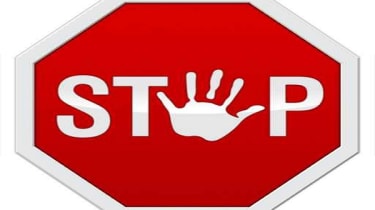 Wikipedia founder Jimmy Wales has launched a petition to halt the extradition of TVShack creator, Richard O'Dwyer, to the United States.

Home Secretary Theresa May agreed to extradite O'Dwyer to the US where he is set to stand trial for copyright offences connected to TVShack.Net last month.

The site allowed users to search for places online to watch TV shows, films and music videos, as well as post links to content for other members to view.

If O'Dwyer is found guilty, he could be sentenced to up to 10 years in prison.

The campaign was launched yesterday in conjunction with The Guardian newspaper on the Change.org website.

In a blog post, Wales called on the Home Secretary to stop O'Dwyer's extradition on the grounds that he is not a US citizen and should be allowed to stand trial at home.

To this end, he set up a petition, calling on the May to halt O'Dwyer's deportation. At the time of writing, 10,000 people had already signed it.

"He's lived in the UK all his life, his site was not hosted there and most of his users were not from the US. America is trying to prosecute a UK citizen for an alleged crime which took place on UK soil," wrote Wales.

"On the few occasions he received requests to remove content from copyright holders, he complied. His site hosted links, not copyrighted content, and these were submitted by users."

He then went on to describe O'Dwyer as the "human face of the battle between the content industry and the interests of the general public."

He added: "Earlier this year, in the fight against the anti-copyright bills, SOPA and PIPA, the public won its first big victory. This could be our second."

"We so appreciate Jimmy Wales launching this petition in support of Richard, to have such support and endorsement from such a knowledgeable and respected figure is fantastic."