Another week, another tablet

Inside the Enterprise: Not to be outdone by Microsoft's Surface launch, Google has now announced an own-brand tablet. Is it good to have more choice? 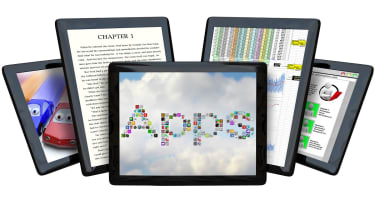 Nexus 7. It sounds rather like a space ship from a late Seventies TV show. In fact, it is Google's own-brand, tablet device.

Made by Asus, the Nexus 7 will run the latest Jelly Bean version of Android. But, unlike previous Google Nexus devices, which have been unashamedly high end, the Nexus 7 looks to be a bit of a bargain. UK prices for the device which can be ordered now start at 159 for the most basic model.

Google's move, at its I/O developer conference in San Francisco, comes just after Microsoft announced its Surface tablets. Google's move could be seen as a direct response, aiming to inject some life into the Android tablet market in the face of a new, more vigorous competitor.

The most interesting aspect of the Nexus 7 may well turn out to be its price. The seven-inch device is pitched at around the price of Apple's iPod Touch, but offers a larger screen and, among other features, a near-field communications (NFC) chip for services such as Google Wallet.

It is significantly cheaper than the iPad, and compares favourably with the plethora of cheap and questionable quality Android tablets out there. Plus it comes with the latest version of the OS.

This could well tempt buyers who like the idea of a tablet, but maybe feel unable to pay Apple's prices, to buy one. The iPad might offer more screen real estate and more memory, but it costs twice as much.

Tactically, by bringing a well-specced tablet to market at a low price, Google might have deflated enterprise interest in Microsoft's offering (with no price or release date confirmed). And it sets a high bar for other Android manufacturers. There is little point in selling a tablet that cost more than the Nexus 7, unless it has a significantly better specification.

And with a Google-branded tablet for a price close to that of a "no brand" device, businesses are likely to see plenty of IT-savvy users bringing Nexus 7s to work. Companies might well also want to buy the devices themselves: if an application can be written for Android Jelly Bean, and work on a seven-inch screen, the cost could well sway corporate buyers.

This could boost the enterprise ecosystem for Android, too. Device management is key for business devices. It is one area that even Apple has started to pay more attention to recently, and one where Microsoft's Surface, when it comes to market, could be expected to have an edge. But Android developers are an active bunch, and if enough Jelly Bean tablets are out there, then MDM vendors will bolster their capabilities.

The downside, though, is that greater diversity can lead to more complexity. Using MDM solutions from Google for Android, Microsoft for tablets and Apple for iOS s not what most IT departments want. If nothing else, a revived Android tablet market could be a boost for the vendor-independent MDM companies.