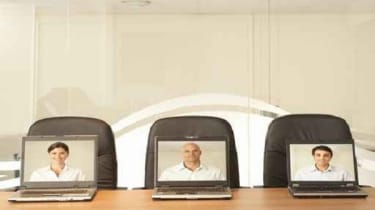 According to a poll, carried out by Virgin Media Business, many users are reluctant to invest in the technology because they do not have the PC and networking infrastructure in place to support it.

According to its findings, 50 per cent of respondents said business users fear their internet connections are not reliable enough to support HD conferencing.

Meanwhile, 80 per cent said business users feared their office computer equipment was also not up to the job.

Despite this, every retailer claimed sales of basic video conferencing packages were on the rise.

Tony Grace, chief operation officer of Virgin Media Business, said companies could use bring your own device schemes to get round some of the hardware challenges video conferencing presents.

"It presents a tricky dilemma for business owners and CIOs. They recognise the need to use HD services, but don't want to make wholesale and expensive upgrades to their hardware," said Grace.

"BYOD schemes allow employees who really need HD equipment to get the hardware first as each person is given their own budget to buy the hardware," he added.