Controversial anti-piracy legislation gets the thumbs down from Europe. 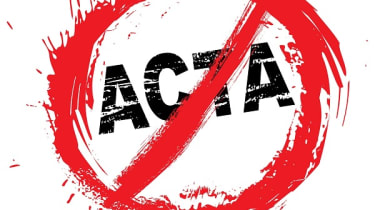 The controversial Anti-Counterfeiting Trade Agreement (ACTA) legislation has been rejected by the European Parliament.

The anti-piracy legislation has been under discussion since 2007 and was designed to promote the global enforcement of intellectual property rights for digital and physical goods.

The UK, along with 21 other EU member states, signed up to the treaty in January, but it required European parliamentary ratification for it to be approved.

However, the European Parliament rejected the treaty, by a vote of 478 to 39 with 165 abstentions, earlier today.

The proposed legislation had previously come under fire from civil liberties groups and campaigners who claimed its enforcement would result in internet censorship.

News of its rejection has been warmly welcomed by privacy campaigners, the Open Rights Group (ORG).

In a statement, Jim Killock, executive director of the ORG, said: "This is a tremendous victory for the movement, for democracy and for every European citizen that has demanded that their rights be respected," he said.

The result of the vote means ACTA's fate now hangs in the balance, but Killock said the authorities would be foolhardy to revive it.

"ACTA must be abandoned. The Commission must drop its calls to try again," he added.