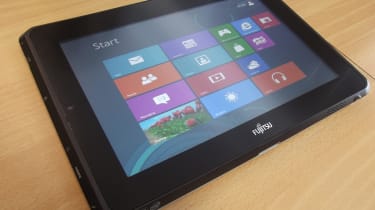 Microsoft bundles a number of Metro applications with Windows 8 such as Maps, an email client, stocks and weather. Microsoft will only include Word, Excel and PowerPoint on the standard installation of Windows RT.

The standout Metro application is Internet Explorer 10, which brings huge improvements to the web browsing experience, even on older hardware. Users will have the ability to browse websites like they would be able to on a laptop or desktop.

Microsoft has tweaked the interface slightly, so the browser looks like its Windows Phone counterpart. The address bar is now located at the bottom of the screen as opposed to the top. 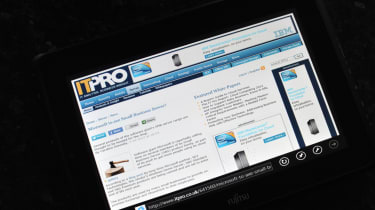 Key features will include enhanced HTML5 support, beefed up hardware acceleration for quicker page rendering times and integrated Adobe Flash support. Microsoft has clearly put a lot of effort into IE 10 and Windows 8 tablets are shaping up provide the most comprehensive internet experience we have seen on the form factor to date.

Microsoft has also talked of private app stores for enterprises wishing to deploy applications only to employees. It is this feature which could help Windows 8 and Windows RT tablets win favour with system administrators.

Microsoft's upgrade procedure was a doddle and whilst drivers may be required for some tablets, the firm should be praised for making the step up from Windows 7 as simple as possible. We immediately noticed a significant boost in performance without any changes to the hardware, while the Metro interface works well even with older, less responsive screens.

We found Windows 8 will not only extend the life of devices such as the Q550 but also offer a boost in performance. Even the battery life didn't suffer, with the Q550 managing to notch up between four to six hours on a single charge, the same as it did running Windows 7.

It is important to note that we tested Microsoft's Windows 8 Preview Release, but even at this beta stage the improvements over Windows 7 on tablets are noticeable. We can only expect Microsoft to hone Windows 8 further before its full release.

With Microsoft's x86-based Surface tablets set to be priced around the same as high-end Ultrabooks (1000), few businesses are going to rush out and buy Windows 8 devices for all employees. Upgrading existing devices will be the primary option for many users and from our experience it is shaping up to be a positive step, especially for tablets.

Microsoft will allow Windows XP, Vista and Windows 7 users to upgrade to Windows 8 for $40, and from what we have seen so far, this looks like a bargain. Business users with a Windows 7 tablet should give the upgrade when the final code is released, and if possible run dual-boot configuration with Windows 7, as there will no doubt be some bugs initially..