Search giant and security experts have dismissd claims that hijacked Android phones have sent out malware. 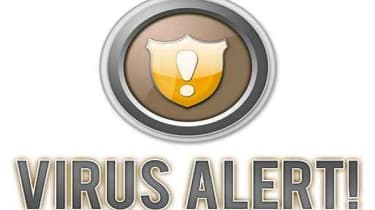 Google has denied Microsoft claims that its Android operating system has been compromised by malware, resulting in phones being corralled into a botnet by hackers.

Earlier in the week, Microsoft engineer Terry Zink claimed compromised Android devices were part of an international botnet used to push out spam.

In a statement released today, Google said it had found no evidence to support Zink's claims.

"Our analysis suggests that spammers are using infected computers and a fake mobile signature to try to bypass anti-spam mechanisms in the email platform they're using," said a Google spokesman.

An investigation by the search giant suggested junk emails originated on PCs but spammers formatted them to look like they were sent from Android smartphones.

It said the method was used to give the messages a better chance of defeating spam filters.

Other security researchers had backed Zink's view, before backtracking later.

"So one of two things is happening here. We either have a new PC botnet that is exploiting Yahoo's Android APIs or we have mobile phones with some sort of malware that uses the Yahoo APIs for sending spam messages," said Chester Wisniewski of security software vendor Sophos.

He added that one of the interesting data points supporting the argument that this is new Android malware is the unusually large number of originating IPs on mobile networks.

"In order for the botnet explanation to be valid, each of the originating devices would have to be infected with mobile malware," he said.

"While this is certainly a possibility (and one that we can't refute), there is another explanation that we believe is significantly more likely," he said.

Regardless of how this spam campaign works, it was clear from initial reports that the Yahoo Mail Android app may play a key role, he added.

"After taking a detailed look at the app, we've found a number of issues that have potentially broader implications for all Android users of Yahoo Mail," he said.

Mahaffey confirmed he had been in contact with Yahoo about vulnerabilities in the app and said the search firm's mobile team was "actively working on these issues."