Could businesses offering a public Wi-Fi service find themselves on the wrong side of the Digital Economy Act? Simon Brew takes a look… 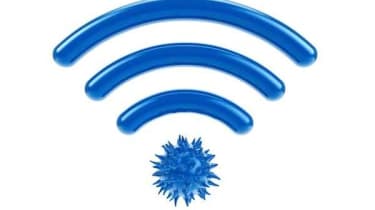 It's little secret that the government is trying to clamp down on digital piracy. In a process which started with Lord Carter of Barnes' Digital Britain report, and then migrated into the Digital Economy Act, there's a concerted effort to combat the illegal downloading of copyrighted material across broadband connections.

The remedies have caused contention. The three strikes approach, whereby persistent offenders get two warnings before they're cut off, isn't enacted yet, but it's on the way. It's estimated that the first letters will be sent to those suspected of offending in March 2014.

Yet that leaves a question: where does the responsibility lie for those running public Wi-Fi connections of any sort?

Who is liable for copyright infringement? Is it the person who downloaded the file, or the person whose connection was used to do it?

In America, this has already arisen to some degree as a problem. It's not a direct test case, but in the state of Massachusetts, a lawsuit was filed against a series of defendants, accused of illegally downloading and sharing an adult movie. The defendants could, of course, only be traced via their IP addreses, and that led to letters arriving at the homes of people whose only crime was to not secure their Wi-Fi network.

At first, this just seemed like an innocuous case, without much in the way of ramification. But then, it was revealed that Liberty Media Holdings is also suing a pair of students in New York, who shared accommodation. In this case, it's understood that one of them used the other's broadband connection to download illegal material, but Liberty Media Holdings is suing them both.

So: who is liable? Is it the person who downloaded the file, or the person whose connection was used to do it? There's no clear answer as things stand, and the court system in America is trying to sort that out. By the very letter and text of the law, that it wouldn't be surprising to see those innocent of the action itself caught in the net, although common sense may yet pervade.

There's still resolution to come in those cases, but the issues they raise have relevance this side of the channel. The three strikes policy, discussed earlier, is also going to be based on tracking people down via IP addresses. As useful a tool as an IP address is, it's not an exact one. It doesn't take you to the individual human being each and every time, and this poses a problem. After all, where does that leave anyone who has an open wireless network, be it in their home, organisation or community? Where does it leave the business or area that leave open wireless connections? The realistic answer is that they're probably fine, but nobody can say that definitively while there are still grey areas to be explored.