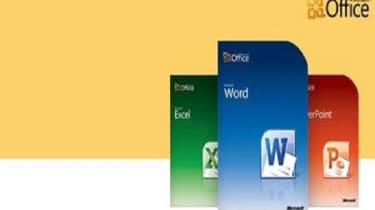 Microsoft has released the preview version of the next iteration of its Office business productivity software suite, which boasts Skype integration and enhanced cloud functionality.

The software giant walked end users through the next version of its software suite, Office 15, during an event in San Francisco earlier today.

During it, Microsoft chief executive, Steve Ballmer, described the product as the most ambitious Office release to date.

"Our entire product line is being updated to get ready for Windows 8. The flagship application, our highest volume and the most important one we sell is Microsoft Office," said Ballmer.

"[It's] a new generation of Microsoft Office and the preview for this will be available today. It brings some of the same boldness and beauty we've shown you with Windows 8."

Release dates and pricing information were not disclosed, but Ballmer suggested the latter was proving something of a sticking point for the Redmond giant. "We've got a lot of work to do to bring the price down."

In Office 15, documents will be saved to Microsoft's online stoarge service, SkyDrive, by default. However, end users will still be able to store files locally.

The product will be available to buy as a cloud service and as a packaged product, although Ballmer hinted that the days of on-premise Office could be numbered.

"You can still buy the software. That's not going away. At least, not at this stage of the game," he said.

Kirk Koenigsbauer, corporate vice president of the Microsoft Office division, treated end users to a run through of some of the other features of the new software suite.

Some of these, including Peeks - which allows users to see information within other apps without leaving the email client - have already been leaked during technical previews.

Each application in the suite has been given an updated interface and is optimised for use with touchscreen devices, with Koenigsbauer using a Samsung tablet to showcase each one.

Users will need to sign in to access their documents, settings, profiles and templates each time they use Office. The applications will then show them exactly where they stopped work during their previous session.

"They [the documents will] roam with you, as you move from device to device," explained Koenigsbauer.

For the first time, Office users will also be able to make Skype calls, as well as Lync calls, instant messages, and emails.

"With Sharepoint, you can follow and keep tracking of anything...here's a list of people and sites I'm following. It will also suggest documents [you] should be focusing on. It's a great way to keep yourself connected," Koenigsbauer added.