Under the spotlight: Tech innovation in Israel 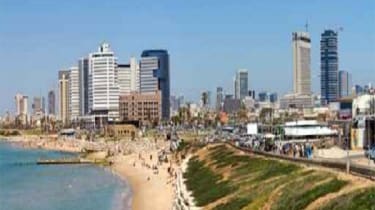 Innovate Israel 2012 also showcased a number of the country's emerging technology companies, and listed below are four IT Pro thinks could be worth keeping tabs on.

Kaltura claims to be the first and fastest-growing open source video platform. Its technology allows any website to embed interactive rich-media functionality, such as the importing, editing and sharing photo, video and audio files.

"Kaltura has an open-source approach, which allows customers to have far more control of how their content is distributed," said Guy Spivack, director of strategic business development for Kaltura.

For example, Kaltura has worked with the American Broadcasting Company (ABC) to create a centralised, consolidated area on its site where media can be easily syndicated.

Though headquartered in New York City, Kaltura does its research and development in Israel, but also has offices in San Francisco, London, and Tel Aviv.

With 1.5 million hours of traffic jams per month in Israel, Waze president Uri Levine created an app to cut down on his commute time.

The app is a mapping tool that not only tells users how to get somewhere, but how to get there faster.

Waze starts with a blank map, and the content is all user-generated. Since the company's founding, users have slowly generated content by driving around with the app switched on.

There are currently 100,000 map editors, with 1,000 new users every week, that contribute their data.

By joining forces with other drivers in your area, you can easily report what's happening on the roads.

Waze automatically reroutes when road conditions change and the app also displays average speeds ahead and gives descriptions, such as "heavy traffic", "bumper to bumper traffic" or "light traffic".

Through crowd sourcing, drivers can add "notes" or report missing roads to keep the app up-to-date and accurate.

Levine demonstrated the difference between Google Maps and Waze at Innovate Israel.

Google Maps approximated that a trip from Los Angeles Airport to Hollywood, California would take 1.15 hours, but Waze showed the journey to be only 26 minutes.

This was because Waze recognised there was a traffic jam along the way and suggested an alternate route that bypassed it.

The product eliminates roaming charges for voice, text, and data on mobile phones by transforming your device into a local phone whenever you go abroad.

To take advantage of this functionality, users must replace their SIM card with a Cell Buddy one. Then, when that user enters another country, the Cell Buddy server assigns a local number to the person's remote SIM card.

Its Virtual SIM technology allows you to continue using your original number, as well as retain email access, contacts' details and your caller ID.

The system works on all standard GSM networks and there is no need to rely on Wi-Fi.

"Ideally what you would like to do is run an extension cord from your phone to a SIM card, so that we would be able to replace the card with a SIM from every country," explained Cell Buddy CEO, Yossi Dagan. "So we invented this extension cord."

Cell Buddy claims to save users up to 90 per cent on roaming rates for calls, text messages, and data.

This company claims to have created the first taste and mood-based search engine for video content.

Similar to Pandora or Netflix, Jinni lets users search for movies or TV shows and then recommends similar ones.

However, Jinni also lets you search by your mood or taste, as well as by plot, genre, time period, place, awards, and mood. New titles are automatically indexed based on user reviews and synopses.

"Jinni analyses both content and the viewer from an entertainment point-of-view. It figures out your profile and then describes it in natural language that you can understand," says Yosi Glick, the firm's co-founder and CEO.

"After seeing the same methods being used once and again, and watching the standard grid-like TV schedule being re-introduced again and again, I believe that it is time to 'break the grid' and [give] viewers a more natural and personal content discovery and consumption experience," Glick added.