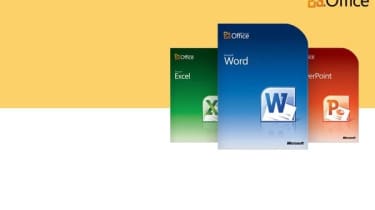 It's a common misconception that the majority of Microsoft's revenue and profits comes from its operating system business. While Windows has indeed supplied a significant number of billions to the firm's bottom line over the years, it is actually the division based around Microsoft Office that is the biggest.

If you dig back to projections circling a decade or so ago, it was Office that was supposed to be vulnerable under threat from a raft of alternatives.

If you dig back to projections circling a decade or so ago, it was Office that was supposed to be vulnerable under threat from a raft of alternatives, both paid-for and free. Furthermore, cloud-based products were also supposed to be contributing to the downfall of Office.

And yet the business division within Microsoft not only resisted many of those threats, but continues to grow. And it's Office 2010 and, to a lesser extent, Office 365 that has been fuelling this growth. Small wonder, then, that Office 2013 is seen as such a vital product in the future of Microsoft, one that the firm has made available to try free of charge in Consumer Preview form.

It's a pretty radical change that Microsoft is pressing ahead with. A much cleaner interface, the integration of touch control, and the clear move towards working with the upcoming Windows 8, with its Metro interface seeping into some areas of Office, are amongst the headline changes.