O2 customers to be hit with pornographic copyright claims

Company acting on behalf of pornographic film producer to start sending out letters from next month. 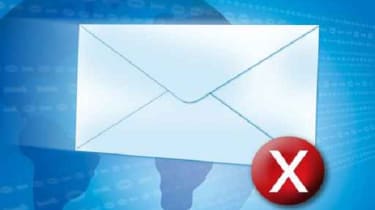 Nearly 3,000 O2 customers could be accused of copyright infringement by a known pornographic film producer from the start of next month.

Golden Eye International, acting on behalf of producer Ben Dover, has been granted permission from the High Court to pursue claims against O2 customers for allegedly downloading films.

The company applied for a Norwich Pharmacal Order (NPO) against O2 in September 2011, which would have forced the firm to hand over details of more than 9,000 customers.

The application was then referred to the High Court who said the firm can use the names and addresses of 2,845 O2 customers to pursue copyright claims against them.

However, the High Court told the firm that the tone of the letters sent out to O2 customers would need to be "reasonable" in tone and clearly state how people can contest the claims.

Advisory group Consumer Focus said Golden Eye planned to send out pay up or else'- style missives, which the court had described as "objectionable in a number of respects."

In a statement, Consumer Focus said: "The letters wrongly asserted that bill payers are liable for any copyright infringement that may have occurred on their internet connection, and the court found the 700 Golden Eye planned to demand from O2 customers was unsupportable'."

The organisation's chief executive, Mike O'Connor, said Consumer Focus is teaming up with Citizens Advice to help O2 customers that find themselves on the receiving end of a Golden Eye letter.

"We have also written to all the major internet service providers and online hosts who may be required to assist copyright owners to enforce their rights," said O'Connor.

"We are urging them to be rigorous in protecting their customers' personal data to make sure the rights of consumers and copyright owners are fairly balanced."

In a statement to IT Pro, network operator O2, said: "We have no option but to comply with this court order and will be cooperating fully."