The first Android Jelly Bean device is the best budget tablet available on the market. The portability, performance and price are unmatched, but is it cut out for business use? 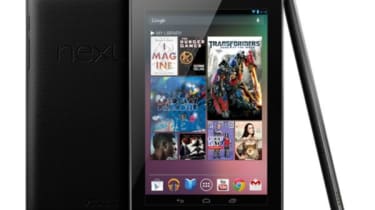 BatteryAsus told IT Pro that the Nexus 7's 4325mAh battery would give around 9.5 hours of continuous HD video playback and 300 hours standby. In practice we got just under 9-hours out of the device, although in our tests the device was connected to Wi-Fi with the screen on full brightness.

With moderate use, however, we found that the Nexus 7 can easily last up to two-and-half days from a single charge. In this respect the Nexus 7 ranks highly among its peers, nearing iPad 2-like levels of endurance.

Overall the Nexus 7 is something of a revelation, breathing fresh air into the tablet space, via its cutthroat price tag, excellent build-quality, and remarkable processing abilities.

Essentially what you're getting with the Nexus 7 is a 300 tablet priced at just over 150. No one, including Apple or Samsung, is currently doing anything quite like this, and the nearest rival to the Nexus 7 Amazon's Kindle Fire isn't even available outside the US.

With all this in mind it's easy to see past the Nexus 7's shortcomings minimal storage, no 3G and appreciate what's on offer from Google. So while it might not be the best device in the world for IT professionals, it's certainly great value for money, and ideal as a secondary multimedia device to carry around along with your smartphone.

In terms of value for money, the Nexus 7 is unmatched. The performance provided by the Tegra 3 chipset is excellent, and even though it is not optimised for business use, the Nexus is a valuable all-round device to have, especially if you stock it up with content for the commute.