Keeping score at the London 2012 Olympics

Millions of sports fans will be relying on the BBC and Press Association websites to keep them posted about the events at the London Olympics. Caroline Donnelly takes a look under the bonnet at the IT supporting them. 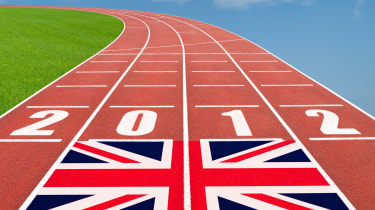 The Press Association and BBC websites are likely to be the first port of call for many sport fans in search of up to the minute information about the London 2012 Olympics.

Both sites will need to keep track of around 10,500 athletes, representing more than 200 countries, who will be participating in 302 events over the course of the next fortnight.

Site visitors will undoubtedly expect live streams of each event, as well as written commentaries, news stories and easy access to information about the participants' past performances.

At the height of the Olympics, their sites will be receiving a third of the UK's entire internet traffic.

The team at database provider MarkLogic has been working with both organisations for over a year now, as part of their move away from relational databases and static content management systems to a dynamic semantic publishing (DSP) architecture.

"The approach enables the BBC to support greater breadth and scale, which was previously impossible using a static CMS and associated static publishing chain."

"There [were] two issues with the existing infrastructure. One, they were uncertain about how it would scale... and the physical ability of it to manage the volume of data they have to deal with," he said.

"The second issue was that it made it difficult to put together [their sites] in a dynamic way that would provide a simple interface for site contributors [journalists and photographers] and end users to navigate."

The Press Association is expecting to process the same amount of information during the first week of the London Olympics as it did during the whole of 2008 event in Beijing, added Pomeroy.

"I don't know the exact numbers, but the current estimate is that, at the height of the Olympics, their sites will be receiving a third of the UK's entire internet traffic," he said.

"They are anticipating thousands of [information] updates per secondand they can currently support a million page impressions a day."