The future of the CIO and the cloud

The weather outlook for CIOs is changing and, while there may be cloudy times ahead, there’s no trouble in sight, according to Mark Samuels. 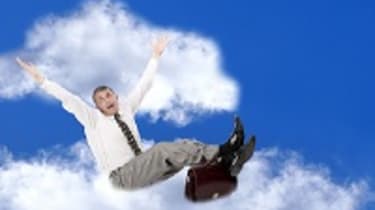 Anyone living under British skies would be forgiven for thinking the cloud is already a day-to-day reality. But, while rainy days might be the theme of the summer, there is a long way to go until on-demand represents normal business conditions.

Various commentators and experts anticipate the cloud will be a standard form of IT provision by the end of the decade. Take Cisco's recently released CloudWatch survey for 2012, which shows most CIOs believe more than 50 per cent of their apps and services will be in the cloud by 2014.

While the cloud starts to looks like a core enterprise IT strategy for the future CIO, moving on-demand will require a considerable softening in attitudes to the associated challenges.

Research firm IDC, meanwhile, suggests the cloud will represent 21 per cent of the technology market by 2020, which is a significant rise from its current state of two per cent. What starts to emerge is a pattern where the cloud accounts for a healthy proportion of enterprise IT.

Yet nothing should be taken for granted. While the cloud starts to looks like a core enterprise IT strategy for the future CIO, moving on-demand will require a considerable softening in attitudes to the associated challenges.

While more and more CIOs are starting to dabble with on-demand, early adopters appear reticent to celebrate their success. Cisco's CloudWatch survey reports just 20 per cent of CIOs believe the cloud has exceeded expectations, and 27 per cent of IT leaders feel on-demand IT is yet to deliver the anticipated results.

Cisco's UK CTO Ian Foddering says such results show the emergence of a more mature awareness of what the cloud will actually mean for business. He believes CIOs recognise there is a movement away from hype and an ability to define real organisational benefits.

A move away hyperbole must be welcomed. CIOs need to be able to state in business terms how digital technology will help define the workplace of the future. Without such definitions, IT leaders will struggle to explain both the impact of on-demand technology and its likely affect on their own roles.

What is certain is that the nature of IT provision is changing. The transition to a more flexible form of IT provision will not take place successfully overnight. But CIOs looking to avoid uncertainty must prepare for changeable conditions.