The latest version of Android is the most responsive to date and comes with a raft of features including the interactive notifications and Google Now. However, it also marks the end of support for Adobe's mobile Flash Player. 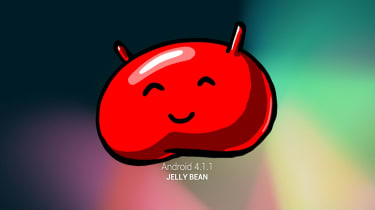 Google's Android 4.1 Jelly Bean operating system provides a modest evolution, but it should be enough to keep Android devices relevant even when Apple's iOS 6 software is released later this year.

Google released a major update to Android in 2011 with version 4.0 Ice Cream Sandwich. This brought changes to core applications such as the email client, contact list, and calendar. In comparison, Jelly Bean 4.1, introduces a number of optimisations rather than a overhaul. The latest version of Android debuted on the Google Nexus 7 and is being rolled out to smartphones such as the Galaxy Nexus and Nexus S at present.

Users upgrading from Android 4.0 won't notice a major difference in the interface. One of Google's biggest optimisation is the notification system, which was already an Android feature that set it apart from Apple's iOS.

Google's changes to the notification system mean users can see more detail, for example senders from multiple emails is shown on a single entry. The firm has also used larger icons to denote what type of notification is being presented and overall the list has improved readability when being given a glancing look. 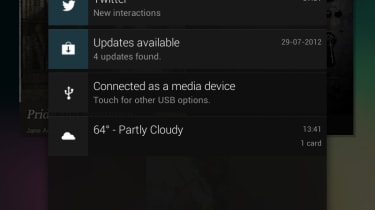 Although Google has made modest user interface changes in Android 4.1, tweaks such as the radiating dots from the lockscreen's padlock and applications appearing to rise from where the icon is located bring a level of polish normally associated with Apple products.

Google touts resizable widgets based on where users drop them, but most of the pre-installed widgets could be resized in Android 4.0. The firm's widget changes are mainly for third-party app developers, hopefully meaning an end to multiple entries denoting different sizes in the widget menu.