Big Brother Watch calls on data protection watchdog to punish the search giant for failing to delete all the collected Street View data. 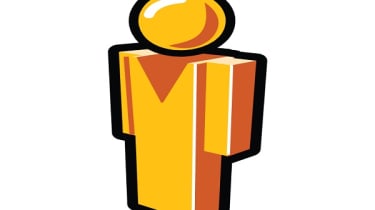 Big Brother Watch has responded to the latest twist in the Google Street View data collection saga by hitting out at the Information Commissioner's handling of the case.

As reported by IT Pro on Friday, search giant Google has admitted to Information Commissioner's Office (ICO) that it failed to destroy all of the payload data collected via unsecured Wi-Fi connections during its Street View operations.

The ICO has now asked Google to hand over the remaining data, and said the company's failure to delete it all could constitute a breach of the undertaking the firm was ordered to sign.

In a statement to IT Pro, Nick Pickles, director of privacy at civil liberties group Big Brother Watch, said Google should be punished for failing to delete the data.

"The ICO was wrong to insist that Google delete the data it captured [first time around], a decision that means we will never know the scale of the privacy intrusion they were guilty of," said Pickles.

"The company's failure to adhere to an agreement with the UK regulator should be punishable in itself, beyond any punishment for the initial breach."

He also took issue with the ICO's ability to act on data breaches, claiming the watchdog's "woeful lack of powers" means it has to rely on the companies it investigates to tell the truth.

"Google's behaviour has called into question if that really is a proper way to protect our personal data. It must be right to now demand a proper regulator with the powers and punishments to fully protect British people's privacy," added Pickles.

In a statement to IT Pro, an ICO spokesperson defended its decision to ask Google to delete the data first time around.

"Once the information had been collected, the best way of protecting individuals was for anything that might have been personal data to be deleted. [Google's] failure to secure deletion as promised is a cause for concern," said the ICO.

"We need to examine the additional data and decide on the necessary course of action before further deletion can take place. Once we have completed our work we expect to order deletion of the remaining information."