Microsoft forum users express dismay, with some claiming their accounts have been switched without permission. 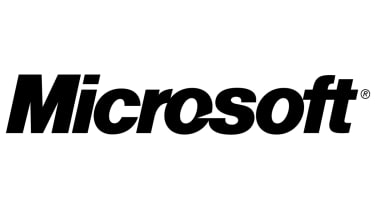 Hotmail users have been left fuming at Microsoft after being automatically upgraded to an Outlook.com email address without asking.

There have been over 55 pages worth of complaints in the Microsoft Answers forum and IT Pro readers have also been in touch to confirm they are having problems.

There are four major issues being reported:

1) Some users have been upgraded without their permission. The "Go Back to Hotmail" option does not seem to work for everyone.

Microsoft has confirmed once an email is switched to Outlook, it cannot be changed back.

"Unfortunately there is no way to rename to an existing account. This is something we're investigating for future improvements," Microsoft said in the forum.

2) Not everyone has been able to upgrade to Outlook.com with some users being greeted with a blank screen and others with error messages.

3) Most worryingly, some users have been unable to see their old emails from their Hotmail account after upgrading.

4) Problems are also being reported with the Hotmail Human Interactive Proof (HIP) validation process. Errors are appearing saying the characters don't match with the ones in the 'picture'. Microsoft has recognised this problem in the forum and is working to fix this issue.

IT Pro readers have been complaining that there is no way to return to their old email.

"I tried backing out, but have found my old Hotmail account - which I have had for over twenty years - has been de-activated so that I can't send or receive email from it in Windows Live," noted Obray.

"Even after I clicked on Go Back to Hotmail, it has still left my Hotmail account email in a subfolder to the inbox. This is really disappointing. I think MS needed to think this out a bit more before sending people down this path."

Members of the IT Pro team have had similar experiences. Our Editor and Technical Editor had their Hotmail and Live accounts upgraded automatically. However, old emails have been transferred over to the new inbox and any messages sent to the old addresses do appear, which isn't the case for everyone.

Meanwhile, the News Editor's attempts to revert back to Hotmail resulted in her machine crashing. The Editor on our sister title Cloud Pro managed to log into Hotmail and was given the choice of whether or not to upgrade.

It appears that if you are logged into any of your Microsoft email accounts and go to the Outlook.com website, your ID will automatically be converted.

The safest way to keep your existing account appears to be to log out of all accounts, then proceed to Outlook.com to sign up as a new user.

Although, readers concerned about any of the issues raised above, might want to consider holding off on upgrading for now.

Microsoft has been informed of these issues, but is yet to respond.