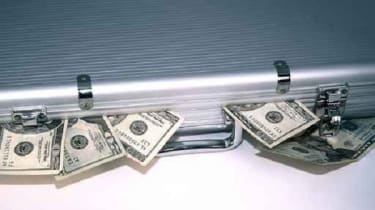 Chipmaker ASML has signed up TSMC to bankroll its research and development, as it strives to make micro chips smaller, smarter and cheaper.

Last month, ASML's chief executive Eric Meurice said he had asked its three biggest customers - Intel, TSMC, and Samsung - to help fund its costly R&D and invest in up to 25 percent of its shares.

ASML said TSMC agreed to invest 276 million euros in research over the coming five years and will also take a 5 percent equity stake in ASML, valued at 838 million euros.

ASML cut a similar deal with Intel in July and said then that it expected to reach agreements with TSMC and Samsung to accelerate the development of its "extreme ultraviolet" or EUV lithography technology and 450-millimeter lithography tools.

Fast-tracking the development of such technology not only cements ASML's position as the market leader ahead of Nikon, but could also slash production costs for hot consumer gadgets such as smartphones and tablet computers.

When ASML announced its first customer deal with Intel on 9 July, Intel said it hoped the R&D investment boost would help speed up the adoption of the next generation of chip manufacturing processes from ASML by as much as two years.

At the time, some analysts said paying $50 for a tablet computer is not beyond the realm of possibility.

"One of the biggest challenges facing IC scaling today is how to effectively control the escalating wafer manufacturing cost," said Shang-yi Chiang, TSMC executive vice president and co-chief operating officer, who added that is he confident the program with ASML will speed up the development of new technologies.

ASML, the world's largest supplier to chipmakers of machines that etch circuits onto silicon wafers, wants to spread the risk of developing cutting-edge equipment based on 450-millimeter wafer sizes and EUV lithography.

A shift to cutting-edge EUV helps push the natural progression of semiconductor technology advancement known as "Moore's Law", which posits that the average number of transistors packed on a chip doubles every 18 months.