Why can’t you make a phone call (or send an SMS) from an iPad?

Steve Cassidy ponders why the most modern of devices can't do some of the simplest of things. 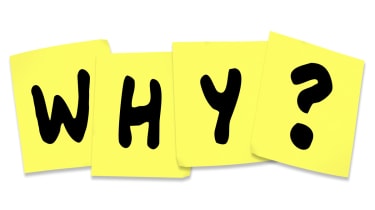 COMMENT:It's one of those crazy questions, right up there with why phone numeric keypads are laid out differently from computer numeric keypads people who haven't hit the issue scrunch their noses up in incredulity, and shake their heads that the world could be such a strange place.

In the case of the iPad's peculiar inability to make a call (discounting VoIP or person-to-person chat apps), the basic problem is one that has bedevilled the computing hardware business for several decades now: The phone companies. It's no good having a hot idea in telephony if no telephony provider will agree to run your hot idea over their lines. Thus we see a long history of cool stuff' that the handheld device guys want us to look at, which turns out to be untenably expensive, or ignored, or wilfully cut off, just because the phone company won't allow it. Anyone else got a Nokia N-Gage doing nothing in a drawer?

But... The reason why phone people' were ancient stick-in-the-muds was more tied up to their status as a quasi-autonomous government organisation, not just in the UK but in most countries. Indeed, it's very hard to make a phone company in a nation at arm's length from the legislature. Even when technical deregulation (actually, demonopolisation, which isn't a word but makes quite a nice ironic pun) took place, the mindset of the phone people' didn't change as quickly as the lawmakers perhaps intended.

Even now I come across workers and it hardly matters which country they are in who behave as if the phone company *is* civilisation, and beyond the gates lies nought but barbarians, knaves and poltroons.

Here is my point: There's actually nothing much holding the phone companies back from reversing all these stereotypes. Culturally, phone people' don't seem to like innovation either that, or their view of innovation is strictly all about switches, protocols, performance and standards.

It's safe to say that Telefonica Digital isn't a traditional phone company's business unit, certainly not based on that measurement. It recently hosted a day of innovations and announcements at the St Pancras hotel a venue I've passed 10,000 times during its derelict phase and was more than a little curious to see now it's been refurbished. Neither the location, nor the presentations, disappointed there was a distinct tinge of Sherlock Holmes meets the 21st Century in the architecture, and an equally distinct British flavour to the technology teams presenting on Telefonica's opportunities and concepts for the next few years.

One number stood out like a sore thumb to me, and that was the proportion of people in Latin America who don't have a bank account. It stands at 55 per cent. Enough of those people are going to get a smartphone long before they have reason to get near an old-style bank, that Telefonica sees a whole new role developing for them, in which the mobile phone shop has a far wider role than just showing off the latest shiny thing from Apple et al. Of course, the company can't just flip over and take all those old-school phone company rules and turn itself into an equally old-school bank but there's apparently no harm in trading credits between small farmers and business people in remote corners of the world, and the online giants.

I asked whether the flow of money was likely to be all towards the cloud and the mega corporations, and Telefonica actually looked mildly offended. Not at all, it said, this is a local revolution.

Then there was the impending UK launch of Tu Go a service which is going to make my life as a firewall administrator, spectacularly painful. Tu Go turns your phone number into an identity as portable as your hotmail login: download Telefonica Digital's app to your smartphone, tablet, smart TV, or even one of those old-fashioned PC things, and you can talk and text as if you were using your phone even in places where you can't get a signal.

From a user perspective, nothing changes, aside possibly from an escape from the irritation that attends trying to use a smartphone in an oversubscribed inner-city cell. For those of us worrying about the nature of the traffic going over our networks, though, this changes a huge swathe of stuff. Pressure to enable guest access on Wi-Fi; priorities for exotic traffic types; and that whole wobbly blancmange of "security" does the business want to encourage people to take calls while at work, or put them off?

Let me remind you of where both we, and Telefonica, started. This kind of innovation is something we are used to from outsiders, from maverick scofflaw graffiti-tagging, protest-supporting outsiders, who don't give a damn for the old order, or all the safe and boring rules and comforting isolationisms of an old-school telco. Yet, this isn't just being discussed by a telco, but readied for rollout in the next few months.

Prepare to be staggered. Though there's plenty of time and dragging influences for things to still go wrong. For example, as we sat and struggled to understand the details of the Tu Go presentation, my eye was caught by the tables we were sitting at, in the makeshift briefing rooms at the St Pancras: they all have power points built in to the desks, but all of them had UK plug pattern converters on them. Beneath was EU standard, round sockets. It was as if Telefonica had decided to bring its own furniture to London. Surely not. That would be beyond eccentric. Wouldn't it?