Time for industry to end the IP wars?

Inside the Enterprise: Sometimes, IT companies seem to spend more time in court than developing new products. Maybe the SAP-Oracle settlement shows it is time to move on. 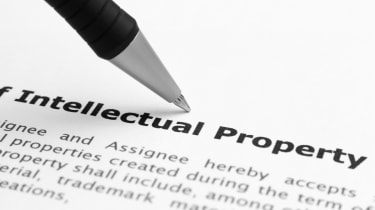 Over the last few years, suing rivals appears to have become a lucrative sideline for some IT companies.

The list of companies turning to the courts to enforce their intellectual property rights is an illustrious one: Apple, Samsung, Oracle, Microsoft, Google and Nokia are just some of the firms that have recently been involved in high-profile legal cases.

In the consumer electronics and telecoms arena, modern products are so complex that there is always the risk that someone's patent, somewhere, will be breached accidentally.

And the idea that "fundamental patents" have to be licensed on a fair and non-discriminatory basis to all comers (known as FRAND to the lawyers) does not always mean all the parties will agree what fair is especially when the sums involved run into the millions.

But news that Oracle and SAP have finally settled their IP theft case could be evidence that the IT industry, at least, is willing to move on.

The SAP-Oracle case was a complex one, turning on whether staff at a company that SAP bought TomorrowNow had knowingly stolen IP from Oracle, and what damages its new parent, SAP, should pay as a result.

The case has been going on for more than five years now, and is one of the longest-running stories IT Pro has covered. So the agreement between the two parties to settle the case, with SAP paying $306 million (195 million) to Oracle in settlement, is a milestone for both companies. In addition to the damages, SAP will also pick up the bill for Oracle's legal costs.

The damages fall far short of the original sum ($1.3 billion) demanded by Oracle, and although the payment will still hurt SAP's profits, it is not a critical blow. And the fact that the parties are willing to settle, rather than go to court again, should be good news for CIOs.

After all, the main losers in these cases is often the consumer whether it is the individual who cannot buy the tablet or phone of his or her choice, or whether it is a CIO who is worried about injunctions blocking access to their preferred software or, in extreme cases, putting a supplier out of business.

Sometimes the greatest concern about IP and patent disputes is the uncertainty it creates, including whether products will continue to be developed or sold, or indeed whether they will have to be re-engineered to remove technology based on the offending patents.

But if such big names as Oracle and SAP can kiss and make up, then that will be a relief for enterprise software buyers everywhere.