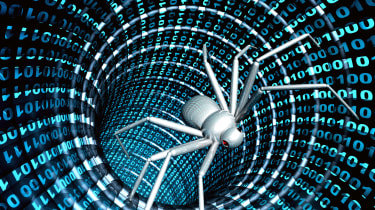 Security vendor Trusteer has uncovered a type of financial malware that it claims is capable of avoiding detection by most types of anti-virus software.

The Trojan, dubbed Tilon, uses the so-called Man in the Browser' (MitB) technique: the malware injects itself into the software and is then in full control of the traffic travelling between the browser and the web server.

According to Klein, Tilon, which is related to the Silon malware Trusteer detected in 2009, is specifically targeted at online banking customers protected by two factor authentication systems.

It is able to gain access to all login credentials and transactions, the company said, by capturing all form submissions and sending them to its command and control server.

"More interestingly perhaps, it controls the traffic (web pages) from the web server to the browser, and through a sophisticated search and replace' mechanism it targets specific URLs and replaces parts (small and large) of the pages with its own text," Klein added.

The firms claims Tilon shares similarities with other financial malware, such as Zeus, SpyEye and Shylock, but it is its evasion mechanisms that make it stand out.

"What is most impressive about Tilon is the breadth of evasion techniques it employs to avoid detection and scrutiny and to survive attacks' by security products," Klein said.

Evasion techniques detected so far by Trusteer include starting a watchdog' thread that prevents its removal by many security products, and the installation of two executable files, one with a genuine-looking name and the other with a random name, also designed to prevent detection.

The company discovered Tilon in July and, according to Klein, it has already mutated once.

Security and fraud professionals from the banking industry who want to know if their bank has been targeted are encouraged to contact the company using this link.