Firm paid £6 million to the Exchequer after on turnover of £395 million. 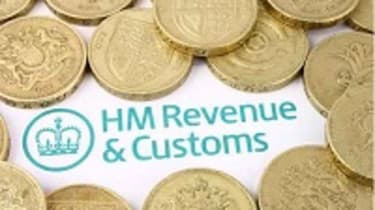 Non-profit British activism group, 38 Degrees has set up a petition demanding that Google faces its tax responsibilities in the UK.

The petition was launched after it emerged Google paid 6 million in taxes on turnover of 395 million. So far the petition has attracted more than 44,584 signatures.

38 Degrees has been campaigning for sponsors of the London 2012 Olympic Games to pay fair share of tax on profits from the two-week event. The group has extended its campaign to include multi-national companies such as Google.

In a simple blurb addressed to Google, the petition states: "It's time for Google to pay its fair share of tax. There's nothing responsible about only paying 6 million in UK tax on hundreds of millions of pounds of revenue."

Activist groups aren't the only ones looking into the situation. John Mann MP, a member of the Treasury Select Committee claimed that British tax payers are losing out and there will be an investigation.

"It is entirely immoral, this is a company avoiding its obligations and we are letting them get away with doing it," Mann told The Independent.

"I think it would be highly appropriate to pull a Google executive in front of the Committee to justify their failure to pay proper taxes, we would be looking at covering the issue in this parliamentary session, so before Easter, realistically."

Although the MP singled out Google, he acknowledged that there are other firms out there using avoidance schemes.

Google has based its international operations in Ireland, where the corporation tax rate is 12.5 per cent, nearly half of the 24 per cent in the UK. The firm also channels money through Bermuda, which is a tax haven.

Google has said it complies with tax rules in the UK.

"We make a substantial contribution to the UK economy through local, payroll and corporate taxes," the firm said in a statement. "We also employ over a thousand people, help hundreds of thousands of businesses to grow online and invest millions supporting new tech businesses in East London."