IT's load of rubbish

Inside the Enterprise: Tougher EU rules on recycling are coming into force. Will bring more costs for hard-pressed IT departments? 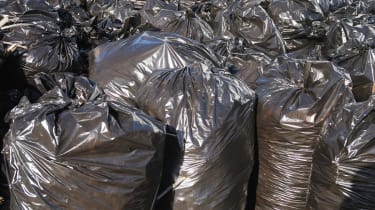 Europe's recycling rules for electronics have been a quiet success story. Abandoned computers, printers and monitors were once a common site in city centres on rubbish collection days. Now, it is quite rare to see electronic waste left out for the dustman, or abandoned by fly tippers.

In 2010 67 per cent of e-waste was unaccounted for, or exported illegally.

That goal is laudable, of course, but the impact of the legislation on the IT industry is harder to gauge. Certainly manufacturers have been prompted by WEEE and other environmental schemes such as the US Energy Star and EPEAT to make products that are easier to recycle.

Such schemes are not without their drawbacks, as the controversy over Apple's brief, and quickly reversed, withdrawal from EPEAT showed earlier this year. And as Apple pointed out at the time, such schemes do not cover tablets and smartphones, which account for a growing percentage of post-consumer electronic waste.

As WEEE spans all electrical and electronic gear, new types of technology are covered. But unlike Energy Star, it does not address the question of the energy use of the device during its lifetime, an increasingly important factor for businesses buying IT equipment.

Nor are there any direct incentives from EU governments for buying kit that complies with EPEAT, Energy Star or other green measures, such as Blue Angle, even if that kit is easier, cheaper and greener to recycle at the end of its life. WEEE simply governs the disposal of waste.

And that, too, is an area where the WEEE rules are being tightened, and probably not before time. Until now, the directives covered how consumers (including businesses) disposed of their equipment, but placed fewer restrictions on what happened to that waste later.

The result was that some less scrupulous businesses sent used and recovered equipment outside the EU, where it was often dumped or broken down in a dirty and dangerous way. This practice will now be illegal, with specific rules for exporting kit that is out of warranty. According to Computeraid, a charity that reconditions IT equipment for use in developing countries, in 2010 67 per cent of e-waste was unaccounted for, or exported illegally.

Stopping such activities will take time, and almost certainly money. It will require manufacturers, and especially smaller equipment makers to put more emphasis on their "reverse supply chain" for collecting end-of-life equipment and recycling it. The cost of that, ultimately, will fall on consumers and businesses, but it is a cost that is worth paying.