Sponsored stories will promote brands that users have no affiliation with. 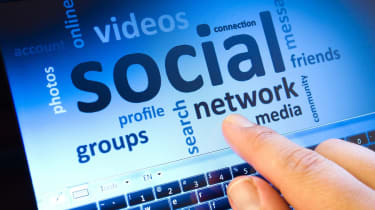 Social networking giant Facebook has this week begun a trial to place adverts directly into users' news feeds in a bid to raise advertising revenue.

Known as sponsored stories', this type of advert has been appearing in users' news feeds since January, however currently they will only see adverts for brands whose pages they are already a fan of.

The pilot scheme will see sponsored stories from brands the user has not previously liked' appear in their feed.

A Facebook spokesperson told IT Pro: "We have always provided ads that are social and we think these work well, but we also want to make it easier for advertisers to reach new audiences so they can be more social."

The spokesperson was keen to stress that users would not be overwhelmed by advertising and that they would be able to express their displeasure if they wished.

"We have limits in place to ensure people's news feeds are not filled with advertising .... [and] we will try to show them the most relevant ads. We will listen carefully to feedback to make sure we are delivering the value that people want from everything on Facebook," the spokesperson added.

The company was unable to disclose how many people are part of the pilot study, only that the number is "very small." The upper limit on the number and frequency of sponsored stories was also unavailable.

The announcement of this latest attempt to generate more revenue from the service came just hours before the company's share value plunged for the second day in a row falling 6.7 per cent to $19.77, half its initial public offering (IPO) value. Research from CMC markets indicated the picture could become even bleaker, suggesting shares could fall to $15, a 60 percent fall from the IPO price.

Today is the first day that early backers of the company have been able to sell their shares, which analysts warned could depress prices.