In the second interview of our special series talking to IT and business leaders who are taking part in this year's Byte Night event, we speak to Stephen Brooks, group head of IT at DC Thomson. 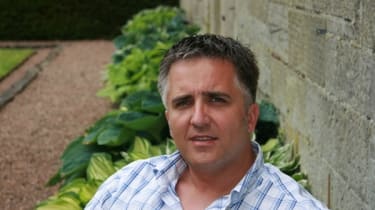 This is a hard one, but I've come up with; Challenging, frustrating but also satisfying.

How did you get to where you are today/into IT/business?

I've always had a strong belief in what I can do and always tried to deliver consistently. I wanted to consolidate those years [service and consultancy] into something where I could really add value.

I studied computer science at university initially but I found that wasn't what I wanted to do and wanted to move more into a business-facing role from an IT perspective. [For me, it's good to have] the combination of technical capability and understanding of things tech but with a more rounded focus on getting under the skin of the business so you can add value.

What's the biggest challenge of being a modern-day CIO?

It's about finding the right people. Smart, skilled, talented people who have that inherent tech grounding but also the tenacity of really getting under the skin of the business and adding tangible value.

And the most rewarding thing?

People saying thank you. It's also doing things with and for the business that actually are the right things. A simple thank you is often all that's needed to make sure we're getting that small reward back.

What is the biggest mistake you think you've made? What did you learn from that experience?

The biggest learning I had a number of years ago was when I started a new role. I felt I would have same relationships with the business those before me already had. I learnt very quickly you have to work at relationships and build them from the ground up.

That all takes time, effort and energy. So the biggest learning experience was not taking an assumptive view of the relationship, but instead putting effort into it to building something that was long lasting.

And your greatest success?

Building and establishing a team and seeing them growing into a joined-up unit that make a massive different to the business.

In the team I established, everybody was learning and sharing and that made a huge difference. We came together as a united front and made a real difference.