IT Pro finds out about India's plans to improve its technology scene with 4G services, green IT, and tablet PC schemes for students. 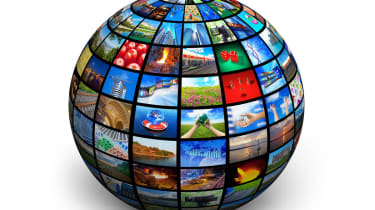 India is the second largest emerging market in the Asia-Pacific region in terms of revenue, according to the Digiworld Yearbook.

Although still trailing behind China, India shows promise: its growth rate has been higher than China's in the past few years, both in information and communications technology (ICT) and in the general economy, too.

Stefan Vanovertveldt, chief engineer at Indian IT outsourcer Mastek, told IT Pro that mobile phones have become an important part of Indian culture.

People who live in rural areas without house addresses or roads often list their mobile phone number as their address, and the devices they use often rely on pictograms because there is still a high degree of illiteracy in India.

"From a telecommunications provider perspective, it is cheaper to provide mobile service in the rural areas than landline service, but it is very much restricted to voice and text messaging," explains Vanovertveldt.

"In terms of market share, Nokia was the leader in the market for voice service, but it is now being surpassed for Android devices. Apple style devices are limited to the 'happy few' due to the higher cost of the device."

As the number of smartphone devices being used in the region grows, so has the size of the mobile apps market, and this is having a huge impact on the way India operates, claims Vanovertveldt.

Although the use of them is mainly limited to large cities where date connectivity is available and more reliable.

"Approximately 800-900 million have mobile phones [and] only about 200 million have bank accounts, so you can imagine that pretty much everyone who doesn't have a bank account has a phone. That's how much proliferation exists in this country," he explains.

The growing number of mobile internet users has been instrumental in the adoption of cloud computing in the region, with the The Indian Times recently hailing the benefits it is bringing to the country's poor.

"[They] will be the greatest long-term beneficiaries of cloud computing because it eliminates the cost barriers to accessing the digital age. People can opt to use the most basic hardware, accounting to little more than a keyboard and a screen," the paper stated.

"As more people armed with computers move to areas without internet or with poor connectivity, it is in the interest of providers to expand and enhance networks to serve customers better.

"Not only does cloud computing close the digital divide, consumers too benefit because accessing larger markets will spur corporations to innovate even more."

India has been making other large strides in ICT in the past few years. Back in April 2011, India got its first high-speed internet service using 4G technology thanks to telecom firm Bharti Airtel. The 4G service was launched in Calcutta by Telecoms Minister Kapil Sibal.

India is one of the first countries in the world to launch 4G technology. Company chairman Sunil Bharti Mittal said the high-speed broadband had "the potential to transform India".

Airtel hopes to launch the 4G technology to other areas of the country. According to the BBC, the 3G service, which was launched in India a few years ago, has an estimated 10 million subscribers.

However, officials say even 3G has not been a success so far. A huge corruption scandal in which India's former telecoms minister undersold 2G licenses to certain companies is believed to have cost the treasury up to $39 billion (25 billion).

Sanjay Nambiar, platform head at Infosys, explains that 3G has proliferated reasonably well in what are known as Tier 1 and some Tier 2 cities in India. The country is divided into Tier 1, Tier 2, Tier 3, and Rural areas, with Tier 1 cities being the most advanced. 4G, Nambiar says, has not become completely integrated.

"4G has been introduced by a couple of service providers - Bharti Airtel being one of them - in two cities. But it's still limited penetration and the whole idea is to pilot test the services before a national rollout," Nambiar told IT Pro.

"Telecom investment in India is a very mixed environment, as high capacity landline bandwidth is restricted to certain types of areas," he said. @The price to get this high bandwidth is significantly higher than it is in the rest of the world, which has put a break on the types of applications and systems that can be put into production."

DSL connections are available in large cities, he explains, but are nowhere near the speeds of DSL in Europe. High capacity bandwidth for mobile devices is "spotty" at best, since most large cities are only just now upgrading to 3G networks.

"The bulk of the country has limited mobile services, only allowing voice and text messaging and, in certain areas, only 2G and 2.5G (Edge) types of communication thus limiting what you can do from an applications perspective," Vanovertveldt says.

The world's cheapest tablet: Will it last?

In another attempt to bring technology to the masses while simultaneously enhancing education, India hoped to place tablets in the hands of its young students for a mere $35 (23) each.

In October 2011, India launched what it claimed to be the world's cheapest tablet, which is just a fraction of the price of Apple's iPad. At the launch, which occurred in India's capital of Delhi, Human Resource Development Minster Kapil Sibal distributed 500 Aakash ("sky") tablets to students.

Sibal said the government originally planned to buy 100,000 of the Aakash tablets. Additionally, they planned to hand out 10 million more tablets over the next few years.

Officials hoped that the tablet would give students in small towns and villages the same opportunities as the wealthy.

"The rich have access to the digital world, the poor and ordinary have been excluded. Aakash will end that digital divide," said Sibal.

The tablet has a three-hour battery life with two USB ports. It also supports web browsing and video conferencing. However, Aakash only runs on Wi-Fi because reliable broadband internet is such a problem in India.

But while the government planned to put tablets in the hands of hundreds of thousands of university students, fewer than 600 were ever distributed - and to only 19 universities. Both the makers of Aakash and the government were criticised for the project's failings.

Critics were also quick to bring up the failed laptop initiative in 2009. Three years ago, the Indian government launched a cheap laptop costing only $10 (6.50) that never stuck.

In early July 2012, the Aakash 2 was unveiled at Bombay's Indian Institute of Technology, an engineering institution that is now in charge of the project. The new tablet boasts longer battery life, among other improvements. Makers hope to give 100,000 to universities by the end of the year.

A rival to the Aakash 2 is being manufactured in a factory in Mumbai. The Ira tablet by Wishtel will be primarily used for education. It sells for around $75 (48) but doesn't cut as many corners on technology as the Aakash.

Will these tablets bring technology into the classroom for India students, or will they fail to live up to their promises and fall by the wayside? IT Pro will be watching.

Recently, India has turned to green technology not only to address environmental concurs, but to generate business too.

According to the BBC, $10 billion was invested in India's green industry last year, making India the country with the fastest growth rate in this sector. And with India's ever-rising population, there is a rising need for power as well. Green technology has the potential to not only improve the environment, but India's business world aswell.

For example, Neha Juneja has started a company that produces eco-friendly cooking stoves. The vast majority of Indians use open wooden stoves to cook on. Using these stoves, there is a huge risk of getting burnt or inhaling smoke. But besides these risks for users, they also pose huge environmental concerns for India.

In fact, four per cent of India's carbon emissions come from these little stoves.

Juneja says her stoves produce 80 per cent less smoke and use less wood. For her, the project isn't just about creating green technology, but is also about making money.

"I and my co-founder, we quit good paying jobs to start this, but we did not start this with a purely social or charitable mission. We saw it as a business and we still see it as a very good opportunity for us to fulfil our dream of bringing a good product to the market and also being financially comfortable," says Juneja.

In another example, Nitin Bhodale of Mumbai has created a machine that turns waste into crude oil. Bhodale hopes to begin selling the oil later this year. Bhodale's waste management problem solving idea came after Mumbai's floods in 2005. Plastic was named as one of the leading causes of the flooding. By turning plastic into petrol, Bhodale is able to contribute to green technology initiatives while generating revenue.

The next big thing: Towards a cashless economy?

According to Vanovertveldt, the technology scene in India is much more advanced compared to a decade ago, but it does differ from one area to the next.

There have been enormous improvements in India, according to Vanovertveldt. There is still a large market for more traditional IT services, though, as the market is still developing. For example, there is a lot of maintenance on applications and on legacy systems.

"India is somewhat lagging behind the world in the availability of infrastructure, compared to large parts of the western world and Asia, in areas such as the availability of very high bandwidth, very good quality mobile communications and even the basics in some parts of India such as reliable power supplies," he says.

"The lack of these basics has an impact on the type of services that you can offer in India. For example, there are very few providers of cloud services and SaaS, because the infrastructure simply is not there," concludes Vanovertveldt.

However, Infosys, along with telecom operators in India, see India's conversion from a cash-based economy to a cashless one as the "next big thing".

Around five to seven years from now, Sanjay Nambiar says Infosys will be investing significant amounts in digital payment infrastructure.

"Just to give you a sense of scale, as we speak $600 billion gets contracted in terms of cash in this country and region sector. That is expected to be $1.3-1.5 billion over the next three to five years and managing all that cash and being able to do cash transactions is a challenge.

"Speaking infrastructurally as a country, we are challenged because of population growth. It's a huge opportunity for telecom service providers to be able to provide newer services - innovative services - either digital or physical services available on the cell phone. And we've also seen limited penetration of debit cards in the country over a period of time. So we believe digital payments are the next big thing to happen," says Nambiar.