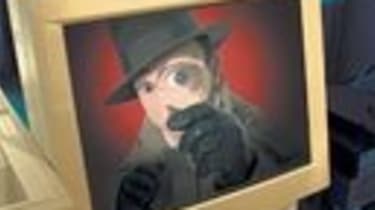 Spyware developed and sold by a UK-based company has been used to snoop on dissidents in autocratic regimes, according to two security researchers.

The software, legitimately produced and sold by British firm Gamma International, has somehow managed to find its way into the hands of some of the most repressive governments in the world.

According to Google security researcher Morgan Marquis-Boire and Berkeley student Bill Marczak, the spyware was found in email attachments sent to several activists in Bahrain.

Their investigation found the spyware infected not just PCs but a range of devices running popular mobile operating systems, such as iOS, Android, RIM, Symbian, and Windows Phone 7.

The spyware boasts capabilities such as live surveillance via "silent calls" and location tracking. It also has the ability to track all forms of communication, including emails and voice calls as well as cameras and microphones.

A study carried out by University of Toronto Munk School of Global Affairs' Citizen Lab found an application that purports to be FinSpy, a piece of commercial spyware sold to countries for criminal investigations.

"We don't normally discuss our clients but given this unique situation it's only fair to say that Gamma has never sold their products to Bahrain," said Muench.

"It is unlikely that it was an installed system used by one of our clients but rather that a copy of an old FinSpy demo version was made during a presentation and that this copy was modified and then used elsewhere."

Muench said his company could not confirm that software analysed by Citizen Lab was Gamma's product. He added that a modification would have been made to the software as "no message sent to our server when the demo product was used against a real target."

Marquis-Boire and Marczak told the New York Times that they found a connection to Gamma in these code samples. The spyware running on Symbian phones uses a certificate issued to Cyan Engineering, a website registered in the name of Johnny Geds.

Muench confirmed that Gamma employs someone of that name in sales but declined to make further comment.