Anonymous UK claim responsibility for attacks that left both sites inaccessible for over an hour yesterday. 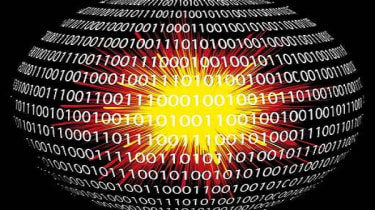 The websites of intelligence services MI5 and MI6 were brought down for an hour yesterday in protest over attempts by the British government to extradite Wikileaks founder Julian Assange to Sweden.

Between 9am and 11.30am the sis.gov.uk and mi5.gov.uk websites were hit and left inaccessible.

These attacks should serve as fair warning to any government agency or business that operates online.

The Wikileaks founder is wanted for questioning in Sweden over sexual misconduct charges, which he has repeatedly denied.

Assange fears he will be extradited to the US if sent to Sweden.

The websites of the Swedish government, Armed Forces and the Swedish Institute were also thought to have been attacked in protest.

Swedish Armed Forces Niklas Englund told the Associated Press that an unidentified group claimed responsibility for the attack by tweeting the words "Hands off Assange."

However, a series of tweets from Anonymous appear to admit responsibility for the attacks.

Security professionals said that the most disconcerting thing about the protests were that Anonymous seem to have found ways to circumvent the government's new security defences.

"Although these comments may be sensationalising the attack that brought down both sites for just over an hour, it should serve as fair warning to any government agency or business that operates online," said Paul Lawrence, international operations vice president at Corero Network Security.

"A motivated hacker who has targeted your organisation will find even the smallest of flaws in your security and exploit it."

Lawrence added that the hacktivists have proven time and again that they are capable and willing to take down high profile sites, no matter who their target may be.

"Any and every site can be a target and the sooner businesses and government agencies come to understand this, the sooner they can start putting in place measures to protect themselves, and limit the damage that an attack may cause," he said.