Security vendor hits out at widespread use of legacy router hardware across the Capital. 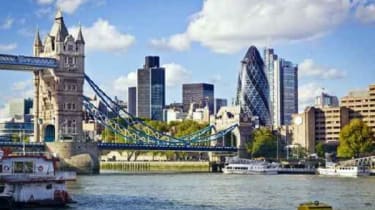 Security vendor Sophos has expressed concern over the number of London Wi-Fi hotspots that use the obsolete Wired Equivalent Privacy (WEP) encryption method.

James Lyne, director of technology strategy at Sophos, recently embarked on a cycling tour of London on a bike kitted out with a wireless network detection system.

His experiment uncovered 106,874 wireless hotspots scattered across more than 91 miles of London. Eight per cent of these were unencrypted, while 19 per cent were secured using the outdated WEP method of encryption.

Speaking to IT Pro, Lyne said: "I don't think people connect the security of wireless with the kind of information that can be stolen and the type of attacks that are possible."

As long as it is still working, people don't bother changing it.

The remaining networks used WPA or WPA2 encryption, which Sophos has no truck with, providing users do not rely on default or easy passwords to access them.

Lyne said the widespread use of WEP could be partly down to the large numbers of legacy routers in the Capital.

"I have not seen a device for a good long time that is not, at least, capable of WPA encryption," he said.

"There is clearly a legacy [hardware issue] that needs to be handled...but, as long as it is still working, people don't bother changing it."

He also called on networking vendors to make their wireless routers easier for end users to configure, claiming some may not realise their settings are leaving them vulnerable to attack.

"Why in the wireless network configuration do they call [the encryption level] WPA2? Why don't they make the default level strong security' and, if [users] need a lower level, have a warning box pop up that...makes them aware of the risks," he suggested.

"I think there's a lot that can be done to simplify this and make these devices easier for people to set up."