CEO Tim Cook took to take the stage at 6pm (GMT) yesterday. Catch up with all the action as it happened here. 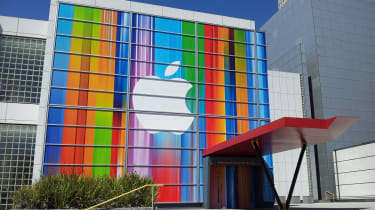 Apple CEO, Tim Cook is set to take the stage in the heart of San Francisco to demonstrate latest products from Cupertino.

The iPhone 5 is tipped to be launched at the event, but Apple could have some surprises for us too.

IT Pro will bring you all the latest news as it happens. Here's what happened if you missed it:

19:36 - It doesn't look like we're going to see the iPad Mini today. But we expect still expect it to be announced at another event soon.

19:20 - Apple has also refreshed iTunes, along with its iPod range.

19:00 - Like clockwork - Pre-orders will be taken from the 14th Sept and the device will launch on the 21st Sept. Existing devices will be able to get the iOS6 update from the 19th Sept.

18:48 - Siri has been updated too. She knows more about movies. Those expecting the "girl-friend experience" add-on will be disappointed.

18:46 - Now we're looking at the Passbook wallet feature. However, it's unlikely to be available in the UK on launch.

18:44 - Safari has been improved too. You can go into fullscreen mode - which is useful on the bigger screen (4in).

18:42 - Demoing the Apple's Map. It's got 3D models and turn-by-turn directions. Lets have a moment of silence for Google Maps on iOS.

18:40 - Don't worry, there will be an adaptor for your current cables.

18:38 - Ooooh the new connector is tiny. It's 80 per cent smaller and is reversible too. It's called Lightning. See what they've done there? Apple now has Thunderbolt and Lightning products......(very, very frightening). See what I did there?

18:37 - We're moving onto the connectors now. I've never liked those 30-pin proprietary connectors. Cables are too short and there's never one around when you need it.

18:31 - The rear camera is 8-megapixels, with f2.4 aperture and captures pics 40 per cent faster. It's made from sapphire crystal to provide clearer images.

18:29 - Despite the jump in performance - the battery life is better than the 4S. Apple is touting 10 hours of video or Wi-Fi browsing and 8 hours of browsing over 4G.

18:25 - Of course the chip running things has been upgraded too. The A6 processor will be 2x faster and provide 2x graphics performance of the previous generation A5 chip. Apple is touting "console quality graphics".

18:14 - Straight to the point. "It's the most beautiful product we've ever made." It sounds like he's reciting a speech written by Jobs.

18:09 - Cook pokes fun at some of Apple's competitors. Steve Jobs would have been proud.

"iPad accounts for 91 per cent of all the web traffic from tablets. I don't know what these other tables are doing....may be in someone's draw?" There's a big smile on his face and it's easy to see why.

18:08 - There has been a total of 84 million iPads sold. Who said tablets would never take off?