The return of ERP?

Inside the Enterprise: After several years out of the limelight, back office systems are sneaking back on to the agenda. 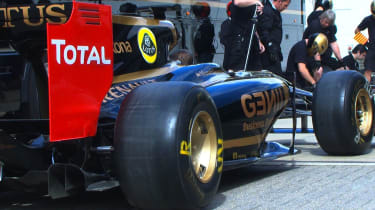 Large back-office computer systems and especially ERP no longer attract as much attention as they once did.

Cost and complexity are often the death of IT projects. But both may be an essential part of an ERP deployment.

Up until the middle of the last decade, large entprise resource planning systems, along with CRM, were very much the stock in trade for technology companies. ERP promised greater efficiency, and improved margins, for business. A decent return on investment was assured.

But the combined forces of the financial crisis, along with the practical difficulties of deploying large enterprise technology systems, rather took e wind out of the industry's sales. Big projects, such as British Airways' planned new system, were cancelled.

ERP vendors, for their part, rushed to diversify into areas such as business intelligence, such as Oracle's purchase of Hyperion and SAP's acquisition of Business Objects. CIOs, meanwhile, started to look for more flexible, and cheaper, options, such as cloud computing. But the big vendors' progress towards the cloud was characterised by delays and mis-steps, leaving the door open for more nimble competitors such as Netsuite and Salesforce.com.

Despite this, though, ERP technology has continued to improve, and vendors have become better at selling and supporting it. SAP, the largest ERP vendor, posted record profits this year, although admittedly a large part of that has come from its Business Objects line. And Microsoft, despite lavishing none of the publicity it devotes to its Windows Phone or Windows 8 businesses on its Dynamics business, is also a strong player in back office technology.

One argument against ERP, however, is still worth going over in more detail. Cost and complexity are often the death of IT projects. But both may be an essential part of an ERP deployment.

Over the last couple of years, CIOs have had to argue their case with boards that have needed to cap or even cut IT budgets. And boards that were willing to spend frequently demanded quick results. A six-month installation, not a three year project, was their demand.

A root and branch overhaul of a business' systems and processes, though, can rarely be done in six months, or even a year. Proper change takes longer. And companies are now shown more willingness to commit to that change, even though they are also demanding that IT projects stay on budget, and that CIOs commit to meeting interim targets every six or even three months.

One company that has just started on such a process is the Lotus F1 Team. The company recently started to replace its ageing ERP system, used primarily for financial controls, with a much broader business management tool. After reviewing more than a dozen options, the team opted for Microsoft Dynamics AX, not least, according to deputy IT director Michael Taylor, because it integrates well with the team's existing IT.

Taylor, though, readily admits that the team is on a multi-year journey. Finance, HR and materials will move first to Dynamics AX this year; areas such as engineering and research and development will follow next year.

And the team has a very specific timescale to work to: the introduction of new engine regulations by F1 in 2014. The new engines will mean designing a new car, and that, combined with spending caps on F1 teams, means the new ERP software will have to prove its mettle just as, Taylor says, Lotus' 2014 car will, when it takes to the track.