With EE's first mover advantage when it comes to LTE and the newly announced iPhone 5 being able to harness key features, are rival networks about to get nasty and call in the lawyers? 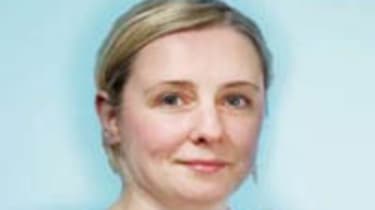 COMMENT: Looks like a certain mobile operator with a recently tweaked moniker received a crystal ball as a Christmas gift...

Everything Everywhere (EE) recently confirmed plans to roll-out 4G to 16 UK cities. While that's great news for those locations, it's not music to the rest of the industry's ears.

I'd love to be a fly on the wall of any mobile operator's legal team right now. September just got really interesting.

EE has already ruffled other operators' feathers who feel the company now has an unfair spectrum advantage and have foul play. It plans to re-purpose some of its 1800 MHz spectrum to unleash 4G on UK mobile users. Three UK is not among the haters though as it has snaffled some of EE's 4G.

The main issue the others have is that of patience. They have to wait a while before they can roll out 4G but in doing so they lose first mover advantage and, potentially, customer interest.

"We think 4G is a great opportunity. However, we have chosen to launch in the New Year on new spectrum rather than crowd existing capacity," a Vodafone spokesperson told IT Pro earlier this week.

Now, mere hours ago, things just stepped up a notch as Apple unveiled its iPhone 5 and talked up how amazing the experience will be for users with LTE network support. Straight away, that limits some of the wow factor to EE customers only and will give further cause for concern for the rest of the network crowd who were already no doubt feeling a little unloved and cast aside.

To say I feel completely sorry for the others would be untrue. The mobile world can be tough and you have to roll with the punches and take on the competition where you can. If the shoe were on the other foot I doubt the other operators would consider holding fire until everyone else catches up.

That said, I do feel for users who may now have little choice when it comes to network operator if they want all the bells and whistles on their new toys to work properly. In the short term at the very least. Where's the empowerment in that?

And I'm not the only one who feels this way. No sir.

"By supporting LTE using the frequencies that EE are deploying their 4G network over, EE will effectively have an initial monopoly on sales of the iPhone 5 since customers will only fully benefit from its capabilities if they take it though EE," said Matthew Howett, analyst firm Ovum's regulatory telecoms team's practice leader.

"For Vodafone and O2, who have spoken out against EE's early 4G launch, this could well be what they were waiting for before launching a legal challenge to Ofcom's decision. The regulator must be fairly confident of its position and has said will be ready to defend it. The impact the challenge has on EE's launch will crucially depend on whether a court would approve a suspension of service. If so, the reputation to what is only a one-day-old brand could prove fatal."

Previous iPhone launches have resulted in stampede-like activity by consumers. Even those locked in to lengthy contracts can be so loyal to the Apple brand that they are willing to take a temporary financial hit to get their hands on the latest and greatest. Interesting at $199 for the 16GB version, the iPhone 5 isn't looking too pricey.

What's more, some skipped the 4GS and played the waiting game for a couple of years - since the 4G launch - in anticipation of the iPhone 5's debut, so EE's numbers may be about to swell. A point Ovum's Howett concurs with.

"The question will of course be how many non-EE customers will make the switch. Many will already be in contract with their existing provider, however with more than two years since the last major release (the iPhone 4), there could be a good number of people in the market for a new mobile provider," he added.

I'd love to be a fly on the wall of any mobile operator's legal team right now. September just got really interesting. Lawyers: Batten down the hatches and prepare the time sheets.