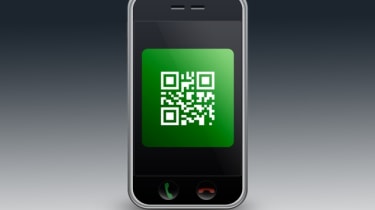 Researchers in the US have invented an invisible quick response (QR) code made from nanoparticles in an attempt to add more security to existing techniques to combat counterfeit goods, such as fake bank notes.

Publishing their research in the journal Nanotechnology, the researchers from the University of South Dakota and South Dakota School of Mines and Technology said the new style of QR code could also be used to authenticate virtually any solid object.

The QR code is made of tiny nanoparticles that have been combined with blue and green fluorescence ink, which is invisible until illuminated with laser light. It is generated using computer-aided design (CAD) and printed onto a surface using an aerosol jet printer.

The researchers said the QR code would add an increased level of security over other counterfeiting methods as the complexity of production makes it very difficult to duplicate.

Combining blue and green inks also allowed researchers to try out a variety of characters and symbols in different colours and sizes, varying from microscopic to macroscopic. Embedding these into the QR code further increases the level of security.

The nanoparticles used in printing the QR code are both chemically and mechanically stable. This meant they could withstand stresses and strains. To prove this, the researchers printed the QR code onto a piece of paper and then randomly folded it fifty times; the code was still readable.

The QR code has also been printed on glass and flexible plastic film to demonstrate its usage on a wide variety of commercial goods. The researchers said that as the QR code is invisible it is also beneficial as it would not interfere with the appearance of goods using the technique.

"The QR code is tough to counterfeit. We can also change our parameters to make it even more difficult to counterfeit, such as controlling the intensity of the upconverting light or using inks with a higher weight percentage of nanoparticles," said Lead author of the study, Jeevan Meruga.

"We can take the level of security from covert to forensic by simply adding a microscopic message in the QR code, in a different coloured upconverting ink, which then requires a microscope to read the upconverted QR code."