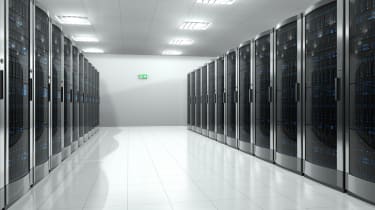 The worldwide storage software market grew by less than one per cent, according to a new IDC report.

The analyst company said that worldwide revenues increased by only 0.9 per cent over the past year. The storage software market closed the second quarter 2012 higher than compared to the same quarter last year, but only just.

EMC, IBM, and Symantec remained the top ranking storage software suppliers with 26.4 per cent, 14.7 per cent, and 14.6 per cent market shares, respectively. CommVault and EMC showed the largest organic growth during the quarter with 21.5 per cent and 7.4 per cent year over year increases.

The report found that data protection and recovery and archiving software markets were once again the two fastest growing segments with 2.4 per cent and 2.2 per cent year over year growth rates, respectively, or $1.16 billion and $404 million in total revenues.

Large enterprises contributed to the arrest in the market. Companies with more than 1,000 employees made up the biggest component of the market with $1.5 billion (926 million) in storage software investments during the quarter, but this represented a fall of one per cent compared to the same quarter a year ago.

Storage software investments made by small and medium companies countered this fall, managing to grow 5.2 per cent year over year to $574 million (354 million). Spending on storage software by governments and education also fell 1.5 per cent to $472 million (291 million).

Eric Sheppard, research director, Storage Software at IDC said the results of the second quarter were "mixed when viewed by supplier or functional market."

"Indeed, five of the top eight suppliers experienced revenue growth, but this was offset by declines within a few of the market's larger suppliers," he said.

"Most functional markets showed increased investments, but the increases were far smaller than the market had been experiencing over the past two years."

Sheppard added that these generally lower results could be partially attributed to suppressed economic growth in Europe, reduced government and education investments as well as "transitions specific to a few large suppliers."