Apple iPhone 5 A6 chipset blows away Android devices in benchmarks 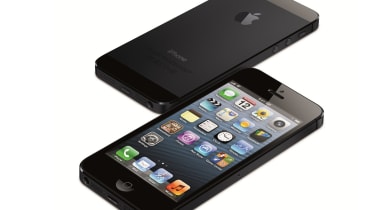 Apple's fifth generation iPhone has been benchmarked ahead of its official launch on 21 September, and the results suggest the device is the firm's faster smartphone to-date.

According to the widely used cross-platform Geekbench test, the A6 chip in the iPhone 5 is a dual-core processor running at 1GHz and is backed up by 1GB of RAM.

The test also helps to back up Apple claims that the iPhone 5 delivers twice the performance of the iPhone 4S.

The iPhone 5 scored 1601 in the benchmark test, beating devices such as the Samsung Galaxy S3 and HTC One X, which both ship with NVIDIA's Tegra 3 quad-core processor.

If proved to be accurate, the test will back up Apple claims that the iPhone 5 delivers twice the performance of the previous generation iPhone 4S (629) and even the iPad 3 (750). However, it remains to be seen how this translates into real-world performance.

Despite a mixed reception, the iPhone 5 is likely to smash all sales records for Apple, with keen customers already lining up outside flagship Apple Stores from London to New York.

Apple has added a number of core features to the device. The iPhone 5 will pack a larger 4in display and be the first 4G handset to go on sale in the UK.

The device will also come with a HD front-facing camera for improved video calling and an all-new smaller propriety connector, which has been dubbed "Lightning".

The device is available to pre-order now, with a SIM-free device starting price of 529 for the 16GB edition. All the major operators are also offering the device on contract, but users wanting it without paying an upfront cost will have to fork out at least 45 per month.

It is also important to note that, at this stage, only Orange and T-Mobile will be able to offer 4G services in the UK.